Those who have been duped by fraudulent agents are advised to report to the police. 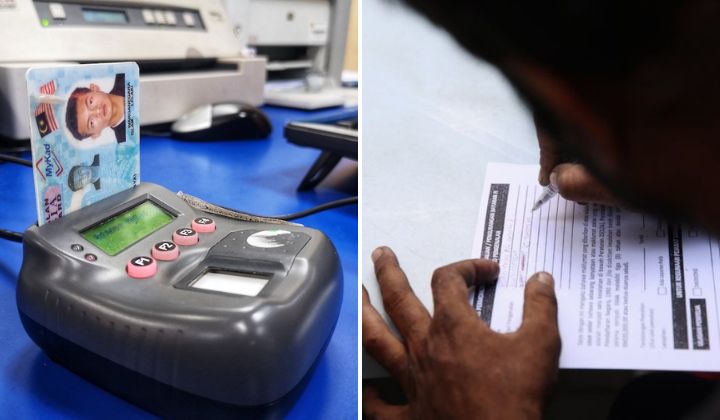 The National Registration Department (JPN) said it has never elected an individual or agent to help the public to process registration documents to get a MyKad (the Identification Card – IC).

According to Utusan, JPN Director Datuk Ruslin Jusoh said they have received complaints from people that they were approached by agents claiming to be able to get them MyKads easily.

JPN has not appointed any agents to help the public to get MyKad. The public only need to head to any of the 225 JPN offices including Urban Transformation Centres (UTC) if they want to carry out registration for identification documents or anything related to JPN.

Ruslin also advised those who were duped by the fraudulent agents to lodge a police report immediately so that the fraud scheme could be curbed.

Although the complaint received isn’t much or under a serious category, JPN takes the matter seriously because victims lose a lot of money amounting in thousands.

Since some of the victims live in major cities such as Penang, Kuala Lumpur and Selangor, JPN believes the fraudulent agents aren’t only targeting kampung folks but also city folks.

Most of the complaints come from people who are afraid to deal with JPN because they’re afraid of being taken to court for having children out of wedlock.

Rusli said JPN will still help them get the necessary documents for children in those situations. Even if it was a late registration, they would only be fined.

Additionally, Rusli said JPN has a special team via the Menyemai Kasih Rakyat (Mekar) programme to help the public get their MyKad.

The Mekar team will meet with individuals and groups such as the elderly, OKU community, bed-ridden patients, mental patients and chronically ill patients who wish to apply for a MyKad but have trouble getting to JPN to do so.