In a tit-for-tat reply, activist Fahmi Reza told Tunku Ismail Sultan Ibrahim that he refused to meet with him as he doesn’t want to be associated with any parties or be seen as “TMJ’s lackey”. 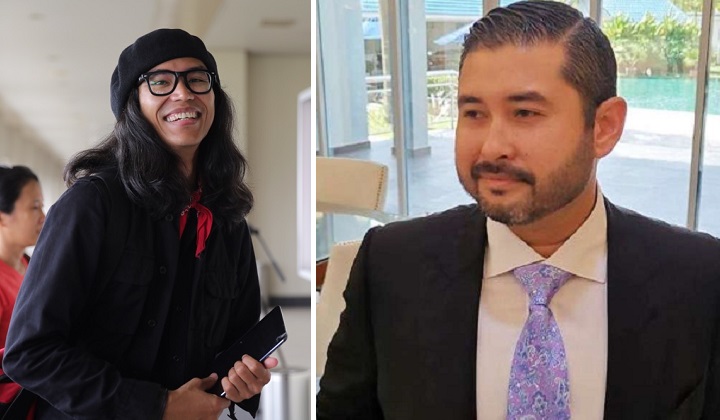 Activist Fahmi Reza declined to meet with Johor Regent Tunku Ismail Sultan Ibrahim as he doesn’t want to be seen as “TMJ’s lackey”.

The satirical artist shared with his follower’s screenshots of his conversation with Tunku Ismail, fondly known as TMJ, in a Twitter update yesterday.

In the screenshots, Fahmi can be seen explaining himself why he had turned down the meeting with TMJ, saying that he wants to remain independent and doesn’t want to be seen associated with any parties.

TMJ said that he can understand Fahmi’s reasoning and wished him luck in his future endeavour.

The Johor regent had also shared a screenshot of his conversation with Fahmi via Twitter, stating that he loves to meet anti-monarchy people like Fahmi.

The Johor regent was responding to a previous tweet by Fahmi who shared another screenshot that shows Tunku Ismail had blocked him on Twitter.

Meanwhile, Senai assemblyman Marina Ibrahim said that she had personally taken a few activists to meet with Tunku Ismail in the past, during which the activists criticize Tunku Ismail face-to-face.

Marina said that nobody was asked to tone down on their criticism against Tunku Ismail after the meeting.

There are also instances when she had asked TMJ himself to meet up with activists in public places, which the Johor regent had also agreed to.

“What’s Your Business With The Other Team’s Coach,” Kedah MB Continues To Poke Fun On ‘Someone’ In The Local Football Scene