Several public university student councils called for students to reject street demonstrations, saying that taking to the street will not solve the pressing issues that the country is facing. 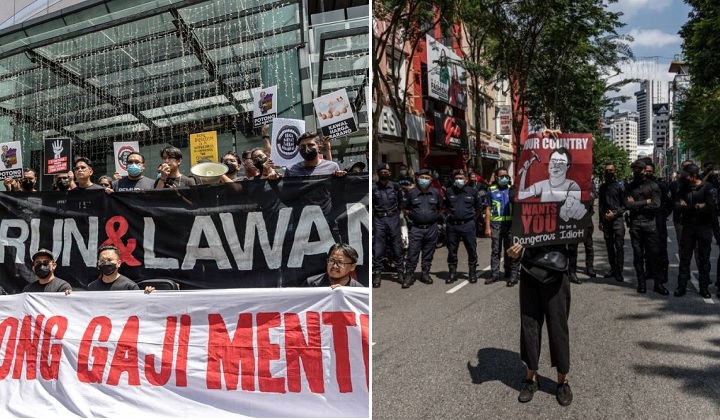 The demonstration was held in protest of the recent rising prices of goods and living costs, as well as to call for Cabinet members’ salaries and allowances to be reduced.

However, this does not sit well with the netizens who question why would the student councils issued such a warning while the rakyat is struggling to put food on the table due to the increase in living costs and inflation.

There are also those who point up the similarities in the statements issued by these student councils, with several people claiming that they were pressured by the higher-ups to issue a statement against the Turun movement.

One Twitter user also question UiTM’s student council for its “selective memory”, sharing a picture of the university’s students holding a demonstration protesting against opening the public university for non-Bumiputera.

Meanwhile, on UniSZA’s student council Instagram, one user reminded them that students are the voice of the people and that demonstration is nothing new for the people in the country, pointing toward the demonstration held against Malayan Union prior to independence.

The students’ councils were also reminded that it is a right for every student to take part in any peaceful assembly provided that they did not break any law.

In last Saturday’s demonstration, over 100 participants attempted to march towards Dataran Merdeka before they were blocked by the police outside of the Sogo shopping mall.

In a report by Malay Mail, newly elected PKR Youth Chief Adam Adli, who attended the rally said that last weekend’s event is just the beginning of more street rallies on pressing issues.