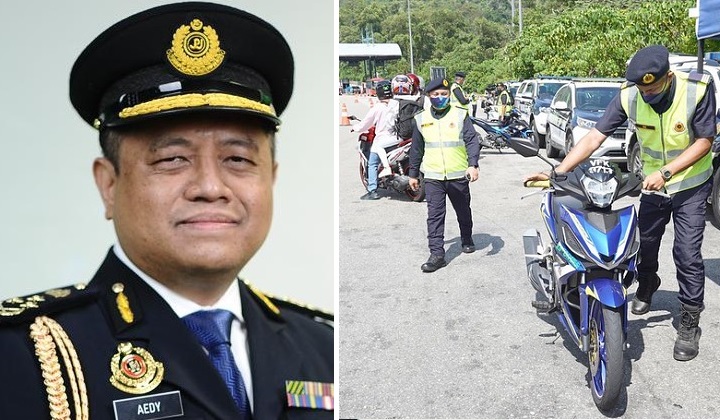 More and more superbike riders had been found to abuse their learner’s driving licence (L) for an extended period, even taking parts in motorcycle convoys.

This tactic had been detected by the Road Transport Department (RTD), which is against the law as they should not operate any motorcycle of more than 250 cc without a class B2 or a full class B license.

“These motorcyclists are advised to get a Class B licence immediately because they can face severe legal action if caught without a proper licence,” Road Transport Department deputy director-general (Planning and Operations) Aedy Fadly Ramli was quoted as saying by New Straits Times.

Aedy said this during the ‘Ops Lejang’ Phase 1 at the Bentong Toll Plaza, yesterday.

He said that the RTD inspected 3,000 motorcycles yesterday with 796 motorcyclists issued summonses for various traffic offences.

“Most of the offences were related to not having a driving licence and valid road tax,” he said.

He added that from 2018 to June this year, RTD had inspected a total of 3.7 million motorcycles nationwide with a whopping 1.3 million motorcyclists had been issued summonses in the last five years.

“Among the highest offences were riding without a licence which comprised 471,665 cases, riding with expired licences (313,174 cases) and no insurance coverage (299,772 cases)”.

To legally ride a motorcycle with 250cc and below, a motorcyclist must possess a class ‘B2’ license.

However, for any individual who wishes to operate a superbike or any high-performance machine of around more than 500cc on the road, the individual must possess a full class B license.