The popular venue was ordered to suspend its operation last Sunday following a raid by the Kuala Lumpur City Hall (DBKL). 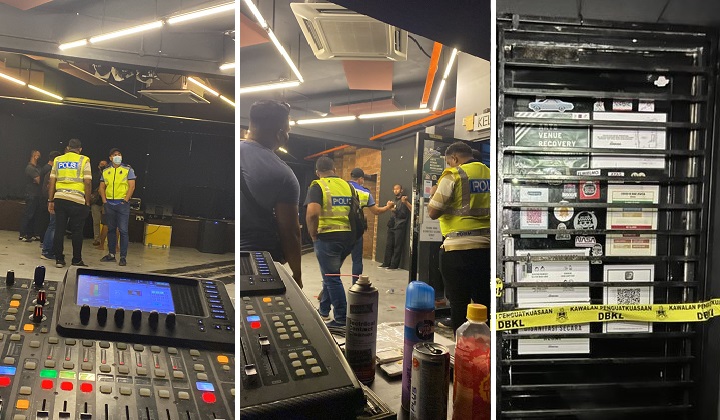 The Kuala Lumpur City Hall (DBKL) clarified that it suspends the operations of Angkasa Event Space as the local music scene had been operating without a valid entertainment licence.

In a reply to TRP’s sister portal BuzzKini, DBKL said that the Angkasa Event Space’s operation was suspended after a raid conducted last Sunday on the event’s premise located in Bandar Sri Permaisuri, Cheras.

“Based on observation and investigation conducted by DBKL, the premise was found to conduct live music sessions (Live DJ) without a valid licence from the Kuala Lumpur city mayor. When the operation was conducted, there were 80 patrons inside the premise,” the statement reads.

DBKL said that upon checking with its operators, the entertainment licence that it hold had lapsed on 25 September last year.

The statement further said that the matter is being investigated under Section 4 (1)(a) & 4(1)(b) of the Entertainment (Federal Territory of Kuala Lumpur) Act 1992 for operating and conducting entertainment activities without a valid licence.

DBKL also said that a spinner deck was also seized during the operation.

Yesterday, the venue’s co-founder Mohd Zulhelmie Zullifan, also known as Elmi, took to Twitter to announce that the venue will be shut down after a raid by DBKL.

Zulhelmie said that he was giving up on managing the event space and will refund all tickets sold for future shows, as well as all deposits of future events

According to Zulhelmie, DBKL requires the venue to have permits for every event held at the venue which requires a deposit of RM30,000 while also lamenting the fact that the refund process takes up to four months.