An elderly man who was carrying out work near the riverbank in Pahang made the grim discovery. 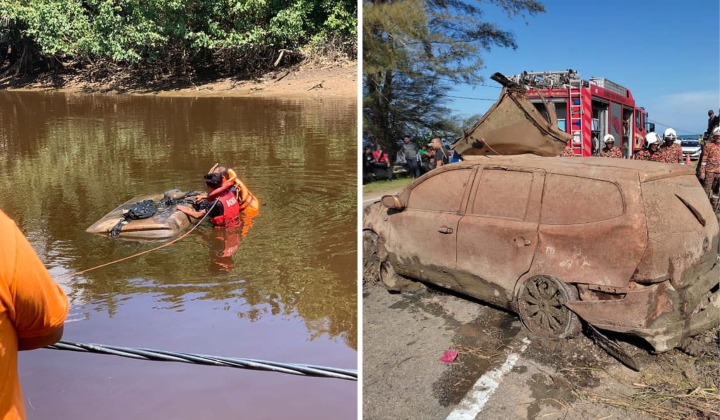 Pekan police found human skeletal remains in a car that was pulled out of Sungai Api-Api in Nenasi, Pahang, yesterday (23 July).

According to NST, the human skeletal remains are believed to be of the man who was reported missing about 10 months ago.

An elderly man carrying out some work near the riverbank discovered the submerged Nissan Grand Livina at 11.40am.

Initial inspections revealed a body covered in mud and a worker’s pass registered in the name of Muhammad Iman Aqmar.

The remains have been sent to the Tengku Ampuan Afzan Hospital in Kuantan for post-mortem. The car was towed to the Pekan district police headquarters for further investigation.

A check on the vehicle’s registration number found it was linked to a missing person report made in Pasir Gudang, Johor by family members of a man named Muhammad Iman Aqmar Dzulkarnain.

He was unreachable after leaving home in Johor around 1am the day earlier for work in Kemaman, Terengganu.