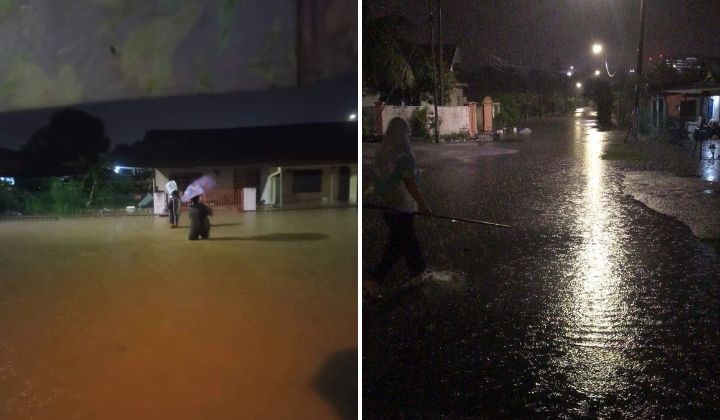 Among the areas hit by the floods were Kampung Ismail, Kampung Chedang, Taman Happy, and Kampung Sri Mantau.

In some areas, the water levels rose up to 0.5 metres, but no relief centres were opened because most of the flood victims waited at the nearest community hall until the water receded.

According to Malay Mail, the peak rainfall was at 9pm which subsided about two hours later.

Over 20 APM and police personnel were mobilised to monitor the situation and help evacuate victims. The team also helped victims to move their household items to a safer place.

Berita Harian reported that a group of firefighters rushed to help move a man who weighed 260kg after receiving a call for help around 10.22pm.

The 40-year-old man got stuck at home when the water rose rapidly at Kampung Singh.

Upon being rescued, he was sent to Balai Raya Kampung Singh.