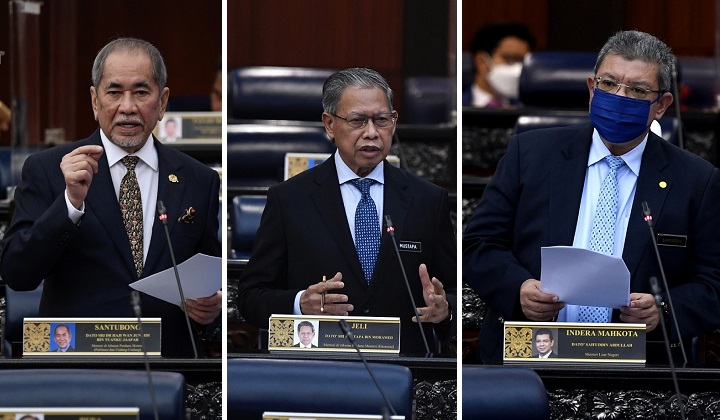 Three ministers had been tasked to brief all MPs with regards to the claim made by self-proclaimed Sulu sultanate descendants later today, reported New Straits Times.

“I believe all MPs from the opposition bloc and the independents have received an invitation letter from the ministers.

“The three ministers will provide clarification during the briefing. After that, we will have a question-and-answer session. However, this will be a closed-door briefing,” Kulai MP Teo Nie Ching told a presser at Parliament’s lobby today.

Teo however said that she couldn’t disclose further information as the invitation letters that were sent to the MPs bore the Official Secrets Act stamp.

She however questions why the briefing was not done in the Dewan Rakyat itself.

The Dewan Rakyat was embroiled in a shouting match last Monday after Speaker Tan Sri Azhar Azizah Harun refused the motion to discuss the recent seizure of Petronas assets in Azerbaijan by the alleged heirs of the Sulu Sultan.

Azhar, better known as Art Harun, argued that it will be sub-judice to debate the issue, adding that it would also hamper Malaysia’s plan to resolve the case.

However, Deputy Dewan Rakyat Speaker Datuk Rashid Hasnon retracted the order as Isnaraissah refused to leave the august house, while several Pakatan Harapan lawmakers formed a human barricade around her which prevent the Sergeant-at-Arms (bentara) from escorting her out.

This was part of the effort by the group to seek payment from Malaysia after a French arbitration court ruled that Malaysia has to pay the group at least RM62.59 billion.

However, the Paris Court of Appeal on 12 July allowed the Malaysian government’s application to stay the enforcement of the Final Award given to the group.

We Actually Opposed GE15 Because We Care For The Rakyat, Claims PN Minister