Datuk Seri Tajuddin Abdul Rahman made the remarks today in retaliation to Kulai MP Teo Nie Ching’s comment yesterday that he and two other government MPs had often made sexist remarks against women elected representatives in the Dewan Rakyat in the past. 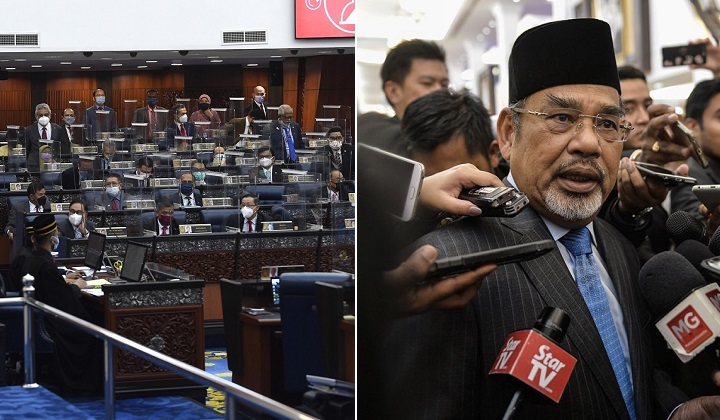 The remarks were made while the august house is debating the Anti-Sexual Harassment Bill, causing another commotion to erupt in the Dewan Rakyat today.

Tajuddin made these statements in retaliation to Teo Nie Ching’s (PH-Kulai) comments yesterday while MPs from both sides of the divide were debating the same bill – stating that the Pasir Salak MP and two other government MPs, Datuk Seri Bung Moktar Radin (BN-Kinabatangan), and Datuk Seri Abdul Azeez Abdul Rahim (Baling-BN) had often made sexist remarks against women elected representatives in the Dewan Rakyat in the past.

He also questioned Teo’s motive for mentioning his and his colleague’s name in Parliament and accused the Kulai MP of trying to tarnish their image.

“You are trying to show us in a bad light.

“They don’t know who we are, how we protect the dignity of women, especially Wanita Umno.

“You can ask them. That is the problem with DAP women… Indecent behaviour and foul mouths,” Tajuddin was quoted by Malay Mail.

RSN Rayer (PH-Jelutong) questions the double-standard action by Rashid for his tolerance of Tajuddin’s behaviour, pointing towards his decision on Monday to order the ejection of Isnaraissah Munirah Majilis (Warisan-Kota Belud) from Dewan Rakyat for her insistence to debate the seizure of Petronas assets by self-proclaimed Sulu Sultanate descendants.

“The deputy Speaker expelled Kota Belud. Why not expel him for this kind of behaviour?” said Rayer.

This caused for Tajuddin to shout “Why are you challenging the Speaker? Why provoke the Speaker?”.

The commotion continued until Tajuddin exited the hall.

Rashid warned Tajuddin against repeating his words and asked for the debate on the Bill to continue.

Meanwhile, The Anti-Sexual Harassment Advocacy Group, in condemning the incident, urged for strict action to be taken against Tajuddin for shouting and uttering obscenities and swear words inside the Parliament.

“Such shameful conduct has no place in Parliament, let alone debating a Bill which is intended to protect those facing sexual harassment,” the group said in a statement.

Tajuddin was known for his brash talks and had been reprimanded several times in the past for courting controversy in the Dewan Rakyat.

READ MORE: The Tajuddin Tale: The Man Who Spilled The Tea On UMNO’s Infighting & Plan To Install Anwar As PM