The 39-year-old suspect was caught at his house in Bukit Kanchai, Puchong. 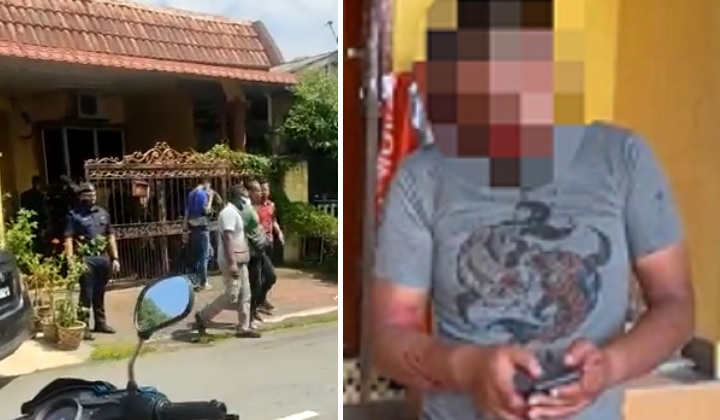 A 39-year-old man was detained by the police for allegedly insulting Islam, yesterday, at his home in Bukit Kuchai, Puchong, Free Malaysia Today reported.

Prior to his arrest, he was confronted and was believed to have been beaten by several public members which left him with a bloodied face.

Serdang police chief AA Anbalagan said that the case is being investigated under Section 298A of the Penal Code for insulting religion, and Section 233 of the Communications and Multimedia Act (CMA) for sharing or disseminating false, offensive and threatening content.

He also said that those who allegedly assaulted the suspect would be investigated as well.

“Members of the public are advised not to be involved in unlawful acts and let the authorities carry out the investigation,” he was quoted as saying.

The suspect had previously caused a stir after a video of him insulting Prophet Muhammad (PBUH), Allah and Islam went viral on social media.

It was not immediately clear what caused him to make the content, during which he also dared the Malay community and several Malay NGOs to square up with him.

Reacting to the development, while there are those that sympathise with the man and urge the public to let the authorities handle the matter, there are also those who think that the man had crossed the line and brought this mess upon himself.

The incident came about over a week after the Crackhouse Comedy Club’s fiasco, where a woman named Siti Amira Natasha Abdullah was charged with insulting Islam during an open mic comedy skit at the venue located in Taman Tun Dr Ismail.

The charge was made under Section 298A(1)(a) of the Penal Code, which relates to deliberately causing disunity, ill will, or hatred on the grounds of religion.

Her boyfriend, Alexander Navin Vijayachandran, meanwhile was charged at the Petaling Jaya sessions court with two charges under Section 233 of the Communications and Multimedia Act 1998, for improper use of network facilities by making and initiating the transmission of offensive videos.

Separately, the co-founder of Crackhouse Comedy Club Rizal van Geyzel too was arrested and was released by the police after 24 hours, in connection with three videos that were said to cross religious and racial sensitivities.