The police said the gathering is considered an illegal assembly that’s against the Peaceful Assembly Act 2012. 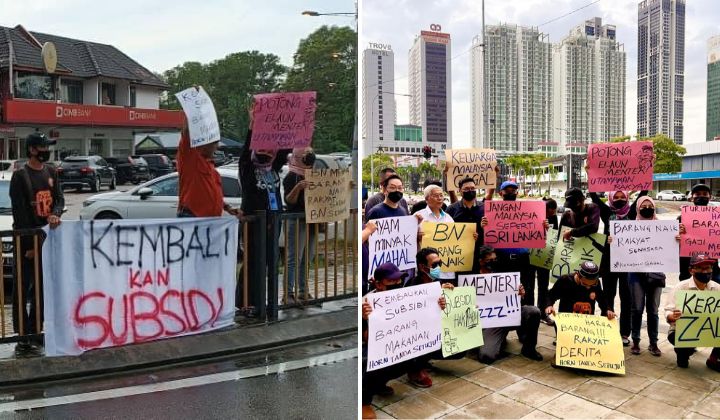 The price hike of goods has understandably upset many Malaysians, and some intend to protest the price hikes.

According to Free Malaysia Today, Amanah is believed to have organised a series of flash mobs at 5.15pm today in parliamentary constituencies across the nation.

Inspector-General of Police (IGP) Acryl Sani Abdullah Sani said police are aware of the plans based on a viral video on social media.

He said such events are deemed as illegal assemblies because it’s carried out without prior permission from the police.

As such, members of the public are advised not to participate in any flashmob or gatherings that do not meet the conditions outlined in the Peaceful Assembly Act 2012.

Anyone caught attending these events and failing to abide by the law will face stern action.

Malaysiakini reported that Amanah leaders previously protested outside the Kampung Baru mosque on 1 July to demand the government return food subsidies, abolish food import permits and for the issue of price hikes to be raised in the next Parliament sitting.

Amanah mobilisation chief Sany Hamzan gave the government until today (16 July) to meet their demands. He warned that a bigger gathering would be held if no action was taken.

Recently, two similar flashmobs had taken place in Johor and Penang, with police investigating a group of 30 people for illegally assembling in Bukit Mertajam.

Free Malaysia Today reported that Johor PKR organised a similar flashmob in Johor Baru two weeks ago. The organisers of the gathering said they complied with the rules regarding public assembly.