Twitter users shares several pictures of “sincere” donations made by politicians towards their community. 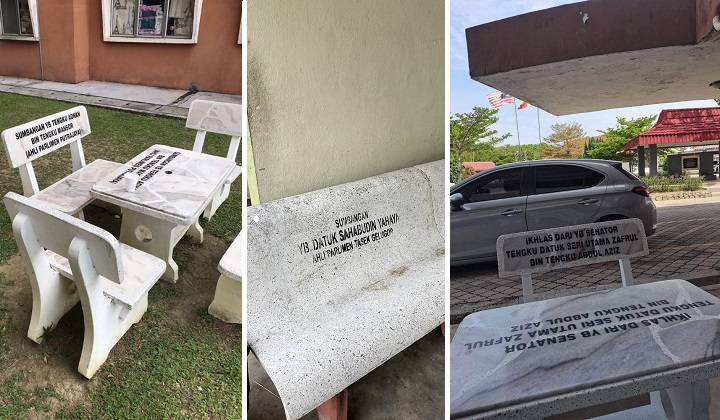 While it is much appreciated, the public has questioned the need for politicians to ‘brand’ the donation made to their respective communities.

The picture was allegedly taken in Kuala Selangor, where the finance minister is rumoured to be interested to contest in the next general election.

This prompted other users to share several other pictures of ministers and politicians’ “sincere” donations that were made in other places.

The same picture was also shared by @PoliticoMy today which has received over 1,000 likes on the platform at the time of writing.

The definition of being sincere

Similarly, the majority of the users that engaged with the post poked fun at these politicians.

One particular user even shared the meaning of sincerity, provided by the Dewan Bahasa dan Pustaka (DBP).

However, there are also those that question whether it is really the politicians that wanted their names to be put onto the donations they made or is it the works of their respective aides.

Another user meanwhile said that it is a normal practice by politicians to label their donations and it does not mean that the person is trying to show off.