The father of four spent a night in Dang Wangi lockup after several reports were lodged against him. 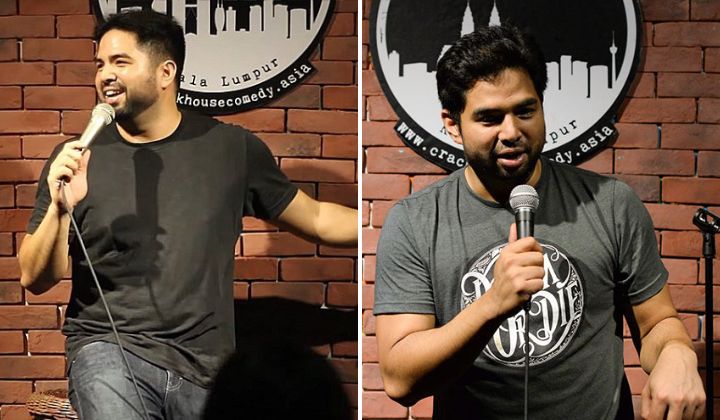 Comedian and co-founder of Crackhouse Comedy Rizal van Geyzel has been arrested in connection with three videos that were said to cross religious and racial sensitivities.

Rizal’s lawyer, Ramkarpal Singh, confirmed that Rizal will spend a night at the Dang Wangi lockup.

As it happens, Rizal was detained around noon yesterday (14 July) after giving his statement at the Dang Wangi police station.

The arrest stemmed from several reports against the comedian from some groups that were angered by the videos in question that starred Rizal.

According to NST, the Penang Federation of Islamic Non-Governmental Organisations (GNIPP) lodged a police report on 13 July against Rizal and asked the authorities to investigate whether there was an element of spreading liberalism in the comedy club.

Persatuan Pengguna Semboyan Malaysia (PPSM) also lodged a report along with more than 50 non-governmental organisations against Rizal and Crackhouse Comedy for allegedly insulting Islam and Malays in his performance.

Old videos of Rizal’s comedic performances resurfaced after some netizens were angered by another video taken in Crackhouse Comedy.

A Malay woman named Siti Amira Natasha Abdullah took off her tudung and modest clothes to reveal a skimpier outfit underneath during her turn at ‘standup comedy’ at Crackhouse Comedy.

Her actions and words drew criticisms online and were said to insult the religion.

Rizal getting arrested for his old videos – that have no direct connection to the case above – is seen as an unnecessary witch hunt by other netizens.

Girl … these videos were up for so long and they were of no issue until now??? https://t.co/Yu3BdA8FFx

This is so unnecessary.

It is an absolute power trip by the police https://t.co/YKdVHFJyv4