Indonesia cited a breach in the memorandum of understanding (MoU) on the worker recruitment deal signed between the two countries on 1 April. 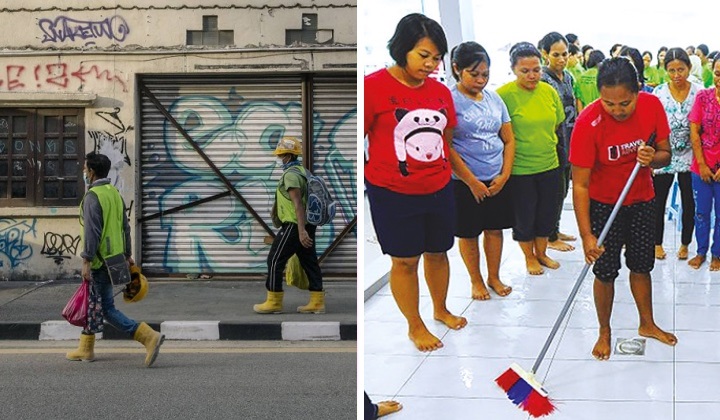 The Ministry of Human Resources and the Home Ministry will hold a meeting to discuss Indonesia’s decision to abruptly pose a temporary ban on entry of its workers into the country, The Edge reported.

The meeting aims to handle issues related to the intake of Indonesian foreign workers into the country immediately, the ministry of human resources said in a statement.

Indonesia yesterday declared that it will temporarily freeze the sending of migrant workers to Malaysia effective immediately.

The decision was relayed to Human Resources Minister M. Saravanan via an official letter.

According to Indonesian Ambassador to Malaysia, Hermono, the decision to temporarily freeze sending workers to the country was taken because Malaysia’s Immigration Department had allegedly continued to use the Maid Online System to recruit Indonesian domestic helpers.

The system had been dubbed as a tool that facilitates trafficking and forced labour, as it does not protect the welfare and safety of workers.

This, according to Hermono, is a breach of the memorandum of understanding (MoU) on the worker recruitment deal signed between the two countries on 1 April.

“We have solid evidence that the Immigration Department, under the Home Affairs Ministry, continued to use the MOS to facilitate the recruitment of Indonesian domestic workers into Malaysia,” Hermono said, adding that Malaysia was supposed to use the One Channel System under the MoU to protect the welfare of domestic workers.

“The MOS bypassed the One Channel System that was introduced in the MoU, especially to protect the welfare of domestic workers, as we will have full knowledge of the workers’ whereabouts, who their employers were and that their contracts safeguarded their rights.

“It engaged only with government-registered agents from both countries and linked the recruitment process between both countries so everyone involved is accountable,” he said further.

The decision is another blow that will threaten Malaysia’s economic recovery following the Covid-19 pandemic as it was reported that the country lacks at least 1.2 million workers across the manufacturing, plantation and also construction sectors.

Despite thousands of job vacancies available throughout the country, there are no takers for the jobs as the locals are not fond to work in the 3D (dirty, dangerous and difficult) sectors.

READ MORE: “Why Work In Plantations If They Can Become Grab Deliver Drivers?” HR Minister Says Locals Not Interested In 3D Jobs

Indonesia too had previously said that it will gradually stop sending its citizens to Malaysia to work as maids, as they are vulnerable to abuse and forced labour.