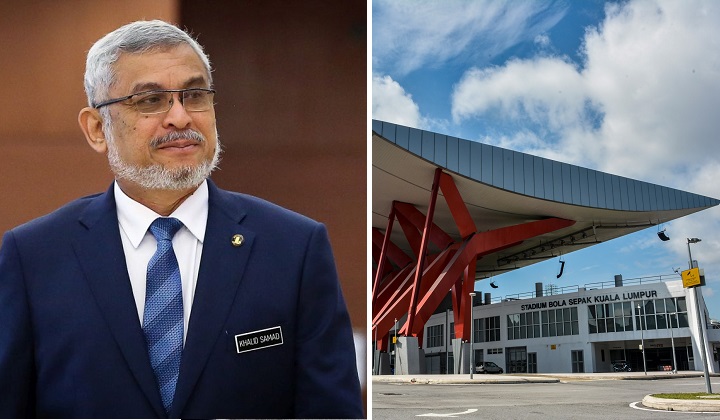 Last year’s Malaysia Cup champions, KL City FC bemoaned their luck as the club was forced to train and prepare themselves on a sub-standard field as the KL Stadium is currently being leased by a private company from the KL City Hall (DBKL).

According to KL Football Association (KLFA) president Khalid Abdul Samad, this has disrupted the team’s preparation to compete in local and international competitions, Berita Harian reported.

Khalid said that the KL Stadium pitch’s condition was ruined due to heavy usage as the private company that leases the stadium from the Kuala Lumpur City Hall (DBKL) rents the stadium to multiple teams to make profits.

“We have limited (opportunities) to train there and had to hold our team training on Ulu Pudu field,” Khalid was quoted by the Malay daily.

Khalid also said that the team is also affected by the state of the surface of the Ulu Pudu field.

“Head coach Bojan Hodak complains to me all the time, saying that the pitch in Pudu is too hard and players get injured easily,” Khalid added, pointing toward the recent injury scare suffered by club captain Paulo Josue.

He said that there was nothing he could do because there were too many constraints, adding that however, the team still produced good results.

They are also through to the ASEAN zone semi-finals of the Asian Football Confederation (AFC) Cup after finishing Group H in second place, where they will face Viatname’s Viettel FC.

Khalid, who is also the Shah Alam MP, had previously alleged that the private company that owns the lease to the KL Stadium failed to maintain the stadium facilities properly.