He reportedly failed to find his wife when she left home after an argument broke out between them. 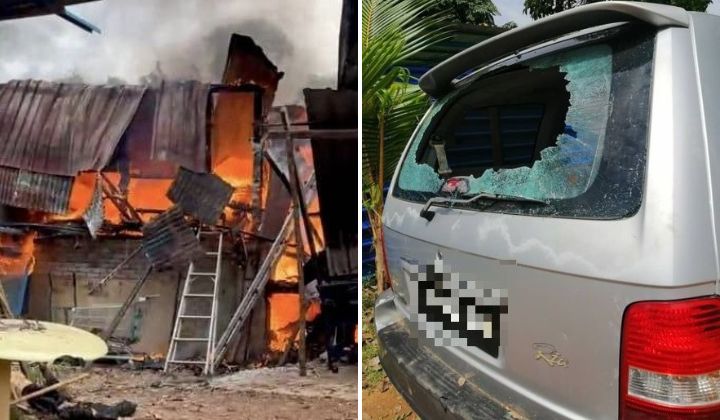 A 54-year-old man in Taman Seri Astana, Sungai Petani, went berserk after his wife left the house after a domestic dispute around 10.20am yesterday (12 July).

According to Harian Metro, the man lost patience when he couldn’t find his wife at home and threw a tantrum while wielding a machete in front of the food outlet that they owned together.

He then set fire to the hut behind the food outlet and broke the rear windscreen of a stranger’s car. The hut reportedly served as a place of rest for many people.

Members of the public quickly called the police before the situation got out of hand further.

Utusan reported that the suspect ran and hid in the bushes behind the burning hut. The police managed to arrest the suspect at his home and remanded him for four days.

The suspect did not fight with the police and admitted that he committed the offences. He also told the police that his erratic behaviour stemmed from stress due to domestic problems.

Investigations revealed that the suspect had a criminal record with 12 previous crime-related offences, four of which were for drug offences.

The case is being investigated under Sections 435, 427 and 506 of the Penal Code for mischief and criminal intimidation.

According to Harian Metro, the suspect removed his mask after appearing in court and asked for his picture to be shared on social media so that everyone would know his face.