Despite being convenient, consumers believe that one should practice self-discipline when spending using BNPL services. 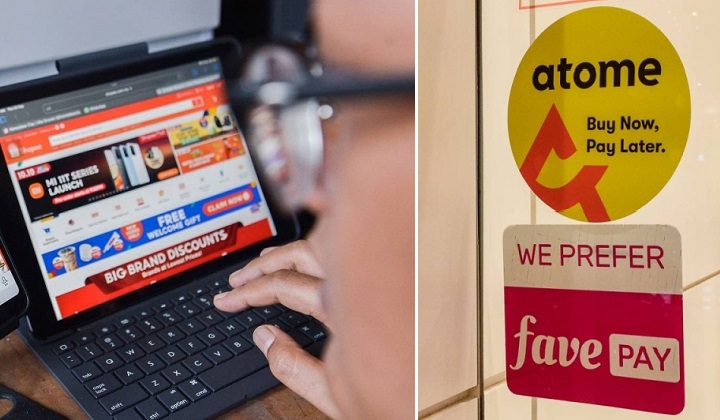 After cutting down her expenses for months since the beginning of the pandemic, Zira decided to pamper herself just a little by buying a pair of shoes using the ‘buy now pay later’ (BNPL) service.

Admitting that a pair of new shoes is not a necessity, the mother of two who is in her 30s said that she only decided to buy them since the platform offers a great deal.

“The shoes were marked down to 50%, plus the added discount given by Atome, the total come up to RM80,” she told TRP.

“The deferred payment plan helps maintain my cash flow,” Zira said, adding that she can pay them in 3 instalments at 0% interest.

“So it made sense for me to buy,” said the Johor-based executive.

She however agrees that consumers shouldn’t splurge and buy things that are beyond their means using the BNPL services.

Zira is just one of the many Malaysians that had tried BNPL which makes it more appealing for consumers to shop online due to its convenience and attractive 0% interest rate payments.

At the moment, there are several platforms that offer the service including Grab, Shopee, Fave, Atome and Split

Husna Ahmad, 33, said that she purchased a laptop for her husband using SPayLater earlier this year.

“My husband got a new job earlier this year, after about two years of not working due to the MCO (movement control order) and he needs a working laptop. The one that he used previously had died as it’s already been used for a long time.

“But since our second child had just arrived (at the time of purchase), we need all the cash we had for the baby and our daily spending. So we explored the BNPL services to buy a laptop for my husband,” she said.

Husna, said that the couple paid RM179 monthly for six months, with the last payment being due next month.

Meanwhile, media practitioner Haizal Yatiran said that consumers should be self-disciplined and not overspend when buying using the services.

He reminded consumers that paying later still means that one needs to fork out money to pay the instalments.

“With the current economic climate, one should be wary when spending. Don’t simply buy things that you can’t afford in the first place since you don’t have to pay for on the spot,” Haizal said.

The father of three added that he had used the BNPL service once last year to buy a camera that he uses in his line of work.

“I bought the camera last year since I don’t have enough to buy it in cash. I wouldn’t say it’s cheaper but it is convenient for me to buy using the service as I don’t need to use a credit card or to pay extra interest on the payment.”

Beware of the cycle of debt

For Farah Ghazali, the service could be dangerous, especially to ‘shopaholics’ as it could lead them to be trapped in a cycle of debt.

“I guess it is ok to use it if there’s a necessity or if you can afford it as it is not that much of a difference with spending using a credit card.

“But since it’s easier to spend using BNPL services, I’m worried that some might splurge beyond their means and this could lead to more problems,” Farah, who works in a university in Pahang told TRP.

BNPL’s popularity among Malaysians is soaring – with market analysts projecting a transaction volume of over RM2 billion this year alone – as any person above 18 years old can use the services even if they are unemployed.

This prompted Bank Negara Malaysia to collaborate with appropriate agencies including public education, to address concerns that BNPL plans may encourage customers to spend more than they can afford.

READ MORE: More BNPLs Are Jumping On The Bandwagon And Bank Negara Wants To Keep Them In Check

While BNPL may be a convenient way to shop, it is advisable for the public not to overspend especially during the economic downturn.

READ MORE: Shariah-Compliant Buy Now Pay Later Services Have Arrived In Malaysia, Here’s How To Figure Out Which Is Which

Here Are The Top 3 Growing Food Trends On GrabFood