It has been six weeks after the incident and Vinosiny’s family has yet to receive any response from Kedah police and attorney-general Idrus Harun. 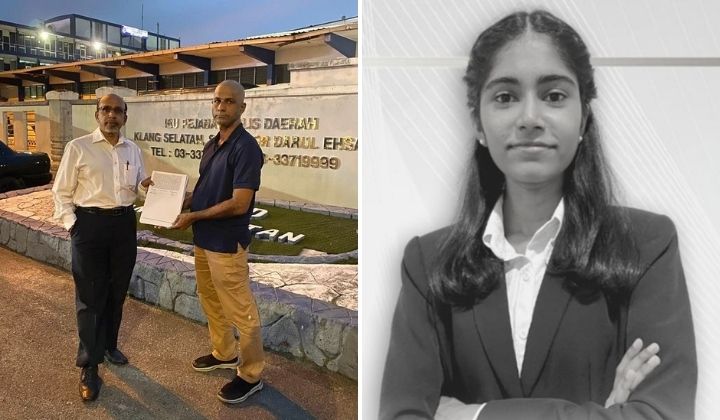 The family of a student who reportedly died of electrocution in Universiti Utara Malaysia (UUM)’s hostel has yet to receive a progress update on the police investigation.

21-year-old S Vinosiny was found dead in her hostel in Sintok, Kedah, about six weeks ago on 21 May.

Her father R Sivakumar, 56, lodged a police report against the university on 27 May and called for a thorough investigation to find out if the building was properly maintained.

According to Free Malaysia Today, the family’s lawyer M Manoharan had written to Kedah police to get an update and to attorney-general Idrus Harun to ask for an immediate inquest.

Both letters were sent on 17 June but he has yet to receive any response.

The lack of response left the family unhappy with the police and the attorney-general. The family hasn’t received the post-mortem investigation report either and no inquest has been held up to today.

Why the delay and what’s the problem?

S Vinosiny was found dead in the hostel but her father, R Sivakumar, was initially vaguely told about the circumstances of her death.

The university management told him that his daughter fell down and lost consciousness.

Sivakumar said there were noticeable burn marks on his daughter’s face and right hand. Her fingers were also purplish-black in colour. The doctor who performed the autopsy confirmed his daughter died from an electric shock.

On 27 May, Sivakumar lodged a police report against the university and called for a thorough investigation to determine whether the hostel building was properly maintained after being abandoned for close to two years due to the pandemic.

The university issued a gag order on students on the same day and banned students from speaking publicly, organising or attending any events about Vinosiny’s death. The reason given was that it was still an active investigation.

UUM also threatened to take disciplinary action against students who violate the ban and assured the public that there would be no cover-up of Vinosiny’s death.

UUM vice-chancellor Haim Hilman Abdullah visited the deceased’s home in Klang on 31 May and said that the maintenance work at the hostel was carried out according to procedure and schedule.