The group was supposedly flown to Jeddah last Tuesday but it was postponed as the travel agency cited a lack of documents as the reason for the postponement. 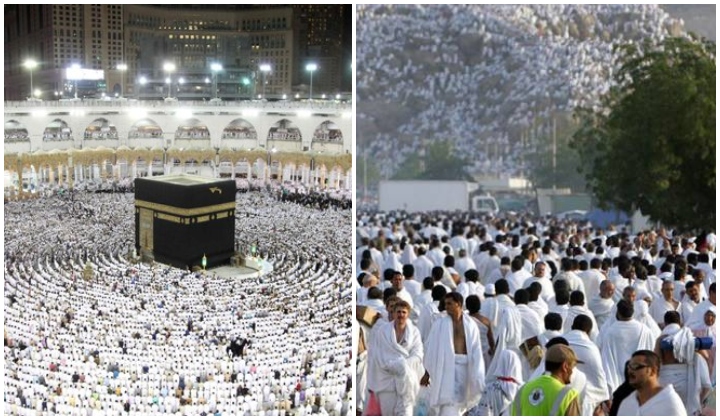 Jamilah and her husband paid RM76,000 to a travel agency with the hope to perform Haj – one of the five Islamic pillars – this Haj season.

However, the Terengganu woman now believed that they have been duped by the travel agency as their flight had been delayed for days now.

Jamilah and her husband are part of a group of hundreds of prospective Haj pilgrims that were left stranded at the Kuala Lumpur International Airport (KLIA), believed to have been cheated by a travel agency, Bernama reported.

According to Jamilah, the travel agency also kept their passport while no proper explanation was given to the group on why their flight to Saudi Arabia were postponed.

“We were never shown our flight ticket or visa because we have put our trust in them but instead we have been duped,” she was quoted as saying.

About 380 Haj perspectives, who gathered at Level 5, KLIA Departure Hall on Thursday said to have been issued the Furada Haj visa – reportedly issued by the Saudi Arabia government to travel agencies – without going through Lembaga Tabung Haji (TH).

Accordingly, the group was supposed to fly to Jeddah last Tuesday but was postponed due to incomplete documents.

The group then was asked to be at KLIA yesterday as they were supposed to take off at 4.30pm.

A video of one of the victims expressing his sorrow also surfaced on the net.

Another prospective Haj pilgrim who wished only to be known as Adi, said that they were informed that their flight was postponed to 7pm, on the same day.

“On checking, we found that the last flight to Jeddah, Saudi Arabia was at about 6pm today and so far, we have not received any news from the travel agency’s representative,” he said.

Same as Jamilah, Adi also said that they were never shown their flight tickets and visas to perform the Hajj.

Meanwhile, the Bernama report also stated that the police had begun investigating the incident.

The Haj season of 1443 AH (In Latin, AH means Anno Hegirae or the year of the Hijra) officially started on 6 July.

Malaysia, through TH, has been allocated a 14,306 haj quota for this year by the government of Arab Saudi,

The usual haj quota for Malaysia prior to the pandemic was 31,600 people.

This season’s Haj pilgrimage saw a million pilgrims from across the globe gathered in Mecca to perform the initial rites of the haj, the largest pilgrimage since the Covid-19 pandemic began.