The video showing the waterspout at Pantai Siring in Melaka could be spotted from Pantai Besar as well. 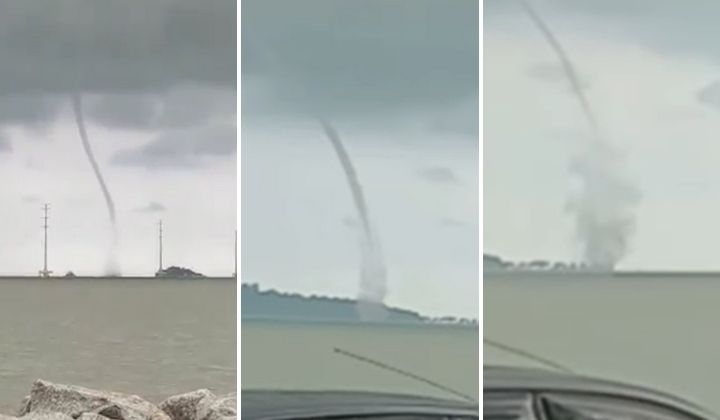 Yesterday, a video showing a tornado above the sea at Pantai Siring in Merlimau, Melaka, went viral.

MetMalaysia has confirmed that the tornado in the viral video was in fact a waterspout.

The waterspout could be spotted from several areas in Pulau Besar as well. The island is situated across Pantai Siring.

However, it was unconfirmed at what time the waterspout was spotted.

Although waterspouts are weaker than land tornadoes, the public is advised not to go near one if they ever come across it in the future.

According to Utusan, MetMalaysia director Muhammad Helmi Abdullah explained that a waterspout could destroy items in its path, especially weak structures.

The waterspout coupled with strong winds could cause strong waves and endanger people on small boats. The public should also refrain from partaking in water activities when this happens.

Helmi added that people at home should stay on the ground floor of the home and if possible, shelter in a corner of the room with a strong structure. They should also stay away from areas with mirrors, windows or glass doors.

A waterspout is a common phenomenon in Malaysia due to the nation’s location in the tropical belt. Waterspouts can form whenever storm clouds gather in an open area with high humidity.

According to Helmi, a waterspout can measure as high as 50 metres.