The film Stone Turtle is the first Malay language film to compete in Locarno’s main category. 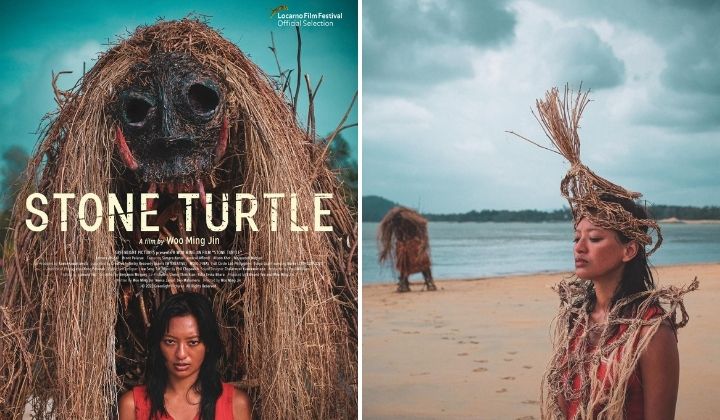 Stone Turtle, an upcoming local film by Malaysian director Woo Ming Jin, has been selected for the Main Competition (Concorso Internationale) at the 75th Locarno International Film Festival in Switzerland next month.

The film produced by Greenlight Pictures marks a first for a Malay language film to be selected in Locarno’s main category.

According to Malay Mail, Stone Turtle director Woo Ming Jin is also competing for the coveted Golden Leopard award and is in the running for the Best Director award.

The Golden Leopard award is the highest honour attainable at Locarno.

I’m very proud that the hard effort of our entire team has resulted in a film that we’re very satisfied with, and that a top-tier film festival like Locarno has selected this film for its Main Competition section. This is our World Premiere, so it is the beginning of our film’s journey. We are looking forward to present our film alongside other great filmmakers in the world at the festival.

Woo added that the film was made with some of the great talents from different countries with the intention to preserve the memories of some of our long-forgotten local folklores.

Woo and the film lead actors Bront Palarae and Asmara Abigail are expected to attend the festival, which begins on 3 August and ends on 13 August 2022.

What’s the film about?

Stone Turtle is a Malaysian-Indonesian time-travelling thriller about a woman living on Malaysia’s east coast and her deceptive entanglements with a man.

The film stars local actor Bront Palarae and Indonesian actress Asmara Abigail as the lead actors. Both actors are in the running for the Best Actor and Best Actress awards.

Stone Turtle was filmed in Terengganu in January 2022 and finished filming in the same month.

Edmund Yeo, the acclaimed filmmaker who worked in Japan and Malaysia, served as the executive producer and editor. The production design was helmed by award-winning filmmaker Liew Seng Tat (“Flower in the Pocket,” “Lelaki Harapan Dunia”).

The live-action flick includes animation done by a British animator who has worked with Studio Ghibli.