Several vehicles were damaged due to the incident. 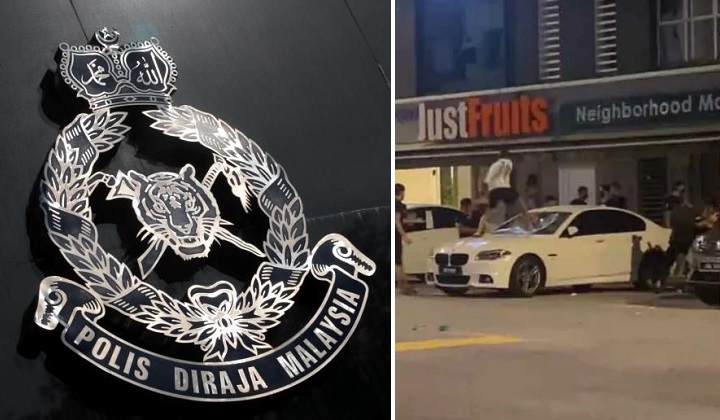 The Police are on the lookout for about 20 suspects involved in the Sri Petaling riot that took place in the early hours of Monday morning that left several vehicles damaged due to the incident.

According to The Vibes, a car owner – whose windscreen was smashed by one of the suspects – said that he and his friend witnessed two groups fighting against each other using steel rods and alcohol bottles at about 2.30am on Monday.

The witness said that he was eating together with his friends at a nearby stall when the brawl took place. He also lodged a police report of the incident.

Apart from the witness’s car, several other vehicles parked along Jalan Sri Radin in Sri Petaling were also damaged.

Brickfields police chief Ahimizam Abdul Shukor said that the men in blue are actively hunting down all the suspects involved in the brawl.

The case is being investigated under Section 427 of the Penal Code which provides for a jail term of two years, a fine, or both if convicted.

Ahimizam also urged those with information to contact the Brickfields police at 03-2297 9222 or the Kuala Lumpur police contingent at 03-2115 9999 or to go to any nearest police station.

The incident was also caught on video which had since made its rounds on social media.

In the video, a man clad in a white shirt was seen climbing on a white BMW before kicking the vehicle’s windshield several times while other rioters were seen trading punches with each other nearby.