The Islamic party youth wing points out that while there is no cinema establishment in Kelantan, there are cinemas operating in other states that it ruled. 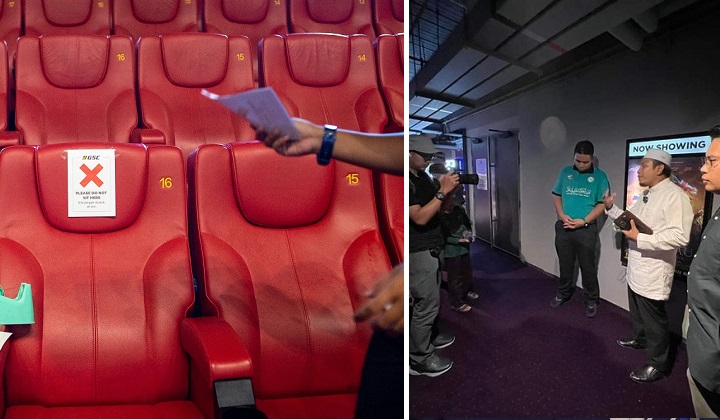 PAS Youth said that it would agree to the establishment of cinemas in Kelantan if cinema operators agreed for the moviegoers to be segregated in the cinema halls and that the films that were screen were shariah-compliant.

The Islamic party youth wing said this in a statement issued to defend its chief Ahmad Fahdli Shaari for watching the local blockbuster film “Mat Kilau” at a cinema in Kuala Lumpur, following allegation of hypocrisy, Free Malaysia Today reported.

In defending Ahmad Fadhli – who had in the past staunchly supported the Kelantan state government’s stand on not having movie theatres in the state – stated Mat Kilau’s storyline doesn’t promote “immorality”.

PAS Youth also said that cinema would be categorised as ‘haram’ (forbidden) if it does not adhere to Islamic principles.

“It would be ‘haram’ if moviegoers who were not ‘mahram’ (unrelated) sat closely together, watching romantic movies, as this could lead to immorality. If watching the movie made them forget to perform their prayers, then that is haram too,” PAS Youth was quoted by the news portal.

Meanwhile, in its Facebook posting last Monday, PAS Youth pointed out that there is a cinema operating in the capital state of Terengganu, another state under the control of the Islamic party.

“Look at Terengganu. There is a movie cinema (operating). There, all the seats are segregated (accordingly to) males, women and families (sections). At the cinema, no movies were screened during prayer time,” the Facebook update reads.

LFS had on 4 July 2020 announced that they will separate each of their theatre halls into three zones for men, women, and family members respectively.

The announcement was made on LFS reopening following the Movement Control Order (MCO).

The last operating cinema in the east coast state was the Lido Cinema in Jalan Pos Office Lama, Kota Baru.