Any individual caught lodging a false police report can be sentenced to a maximum sentence of six months’ jail or a fine of RM2,000 or both upon conviction. 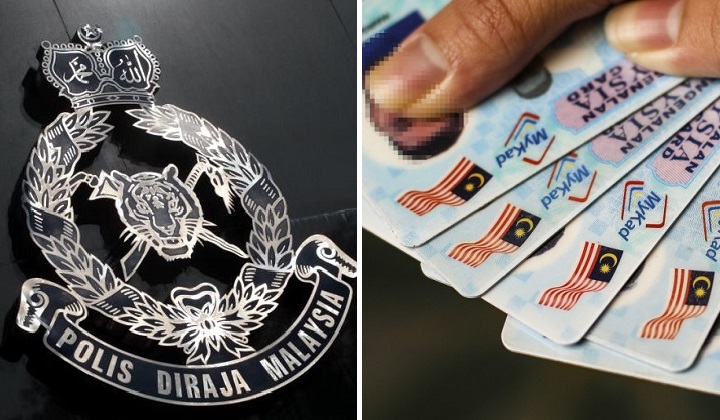 Just admit that you lose your Mykad or face the consequences if you lodge a false report to the police.

According to Gombak district police chief Zainal Mohamed Mohamed, 71 individuals have been charged this year alone for lodging false police reports over the loss of their identity cards, Free Malaysia Today reported.

Zainal said that these individuals are trying to avoid fines from the National Registration Department (NRD) for losing their MyKad.

“Investigations showed that these complainants used false excuses like having fallen prey to robbers and snatch thieves.

“Court action has been taken against 71 people and two cases are still under investigation,” he was quoted as saying.

Any individual that lodged a false police report can be charged under Section 182 of the Penal Code which provides for a maximum sentence of six months’ jail or a fine of RM2,000 or both upon conviction.

The NRD imposed a fine of RM100 for the first instance on any individual who lost their MyKad due to their own negligence.

Those that lost their identity card are required to go to any NRD counter or to apply for a replacement online at www.jpn.gov.my using the “MyKad Replacement System” application.