The 43-year-old victim was on his way home from work when he met with an accident with the pig. 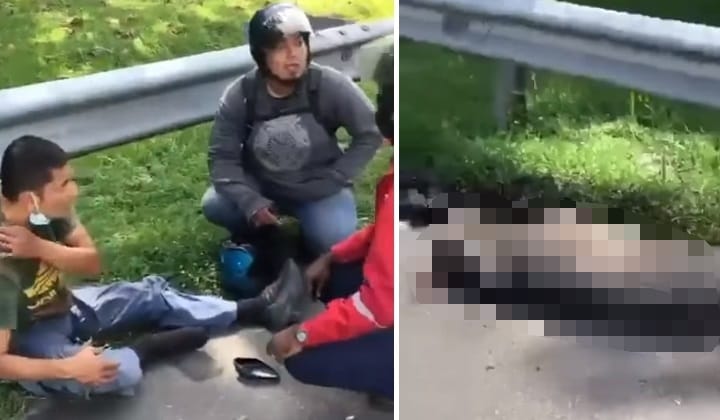 A motorcyclist suffered a broken leg after he collided with a pig at kilometre 121.0 of the North-South Expressway (northbound) near the Bertam exit yesterday, Sinar Harian reported.

According to the Seberang Perai Utara District Police Chief, Assistant Commissioner Mohd Radzi Ahmad, the 43-year-old victim who worked in a factory in Perai was heading home in Sungai Petani during the incident.

It was learnt that when he arrived at the scene, a pig was seen crossing the road and the victim failed to dodge the wild animal before hitting it.

“As a result of the incident, the victim was thrown on the road and broke his right leg while his motorcycle was also damaged.

“The victim is currently receiving treatment at a private hospital in Sungai Petani and is reported to be stable,” he was quoted as saying.

A video of the aftermath of the incident also went viral on social media which showed several motorists stopping to help the victim.

The pig was also seen dead in the video.