Despite the drop in bankruptcy cases over the years, experts said it is still alarming. 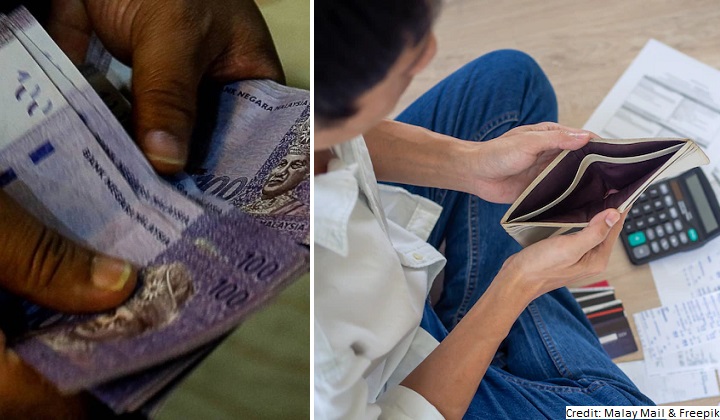 A total of 274,628 Malaysian have been declared bankrupt with 46,132 of the cases were recorded between 2018 and May this year, according to the Insolvency Department, reported The Star.

Nearly 60% of those declared bankrupt in the last five years are aged between 25 and 44 years old, the report stated.

According to the English daily report, half of Malaysians that have been declared bankrupt were due to personal loans, followed by vehicle hire purchases, business loans, and outstanding credit card payments.

“The number of petitions (by debtors and creditors) filed every day in 2022 is 17.

“The number of cases registered every day in 2022 stands at 18,” the department said.

The Insolvency Department however noted that the number of bankruptcies in the country had been on the decline – with 16,000 cases recorded in 2018 – compared to 6,500 cases that were recorded last year.

This however could be attributed to the amendment to the Insolvency Act on 20 September 2020 that increased the bankruptcy threshold from RM50,000 to RM100,000, the report stated.

Despite the drop in numbers of bankruptcy, consumer financial expert Prof Dr Mohamad Fazli Sabri said that it is still an alarming situation that 18 people were declared bankrupt on a daily basis.

The dean of the Human Ecology Faculty at Universiti Putra Malaysia also advised the public to seek help from professionals prior to making any new loan commitments.

“The fact that many of them fall into bankruptcy due to personal loans is something that is worrying because we have no idea why they have taken loans; they could have spent the money on something that was not a necessity.

“But it is also possible that these people are taking loans to pay their debts. They should have sought advice from the experts, for example, the Credit Counselling and Debt Management Agency (AKPK),” he added.

Feeling Broke Trying To Fit In? How To Resist Societal Pressure