Prime Minister Datuk Seri Ismail Sabri Yaakob however confirmed that the subsidy for bottled cooking oil will not be continued. 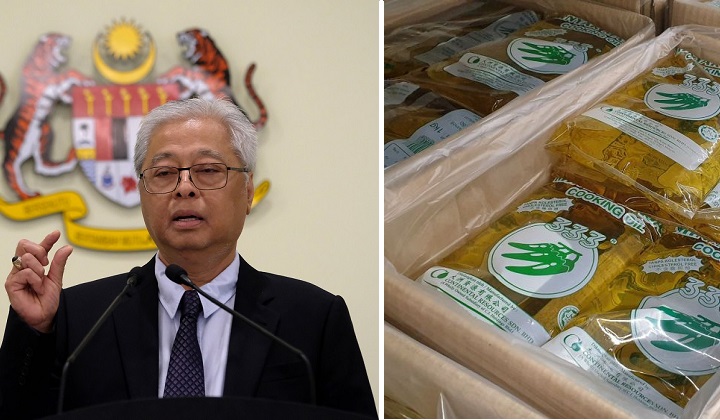 According to Ismail, the government had spent RM4 billion so far this year on subsidies for the 1kg cooking oil which was capped at a ceiling price of RM2.50 per pack.

He said that this would ensure enough supply for domestic household usage across the country.

In a related matter, Ismail confirmed that the government will remove the subsidy for bottled cooking oil effective 30 June.

Ismail said that the subsidy scheme, which was implemented on 1 August last year and subsequently extended until now will not be continued as the government learned that there is a lot of misappropriation by irresponsible parties.

The Bera MP said that the government found that some of this cooking oil were also smuggled by certain quarters out to make quick cash.

He said that today’s press conference aims to address the confusion among the public with regard to the cooking oil subsidy scheme following the government announcement on the removal of subsidy for bottled cooking oil.

We Actually Opposed GE15 Because We Care For The Rakyat, Claims PN Minister