They allegedly received between RM600 to RM9,000 from the detainees’ associates to smuggle drugs, cigarettes, tobacco and food into police lockups. 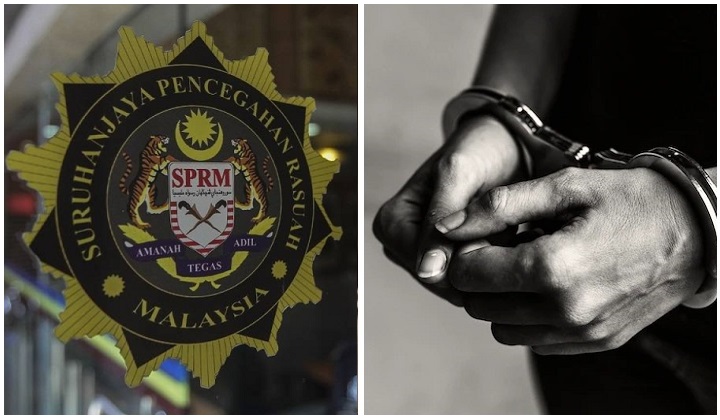 Four policemen – ranked lance corporal and corporal – have been remanded for a week beginning today for allegedly receiving bribes of RM12,000 to supply detainees in police lock-ups with illegal items, including drugs, cigarettes, tobacco and food.

The offence allegedly took place between 2019 to 2020, Berita Harian reported.

The remand order was issued by Ayer Keroh Magistrate Court judge, Magistrate Mazana Sinin earlier today to allow for the investigation to be completed.

The quartet, attached to a police station in Alor Gajah district, allegedly received kickbacks from the detainees’ associates between RM600 and RM9,000 through online transactions and cash.

They were arrested yesterday at the Melaka MACC office yesterday when they were called to have their statements recorded.

The arrest was confirmed by the state MACC director Mohd Shahril Che Saad, who also added that investigations are ongoing.

The case is being investigated under Section 16 (a) (B) of the Malaysian Anti-Corruption Commission (MACC) Act 2009.

The four suspects face imprisonment for a term not exceeding 20 years and a fine of not less than five times the value of the bribe or RM10,000, whichever is higher if convicted.