Consumers who have booked their vehicles but yet to receive their cars during the tax holiday period have until 31 March 2023 to register with the Road Transport Department (JPJ). 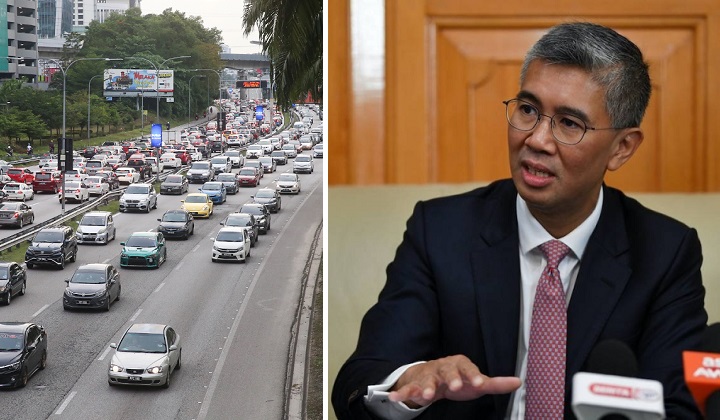 The exemption for vehicle sales and service (SST) tax will end on 30 June, The Star reported.

Finance Minister Tengku Datuk Seri Zafrul Abdul Aziz said that the tax exemption for new vehicles which had been extended twice in the past to assist the automotive sector that had been affected by the pandemic, will not be extended again.

He however assured consumers who have booked their vehicles during the sales tax exemption period that they have until 31 March 2023 to register with the Road Transport Department (JPJ).

According to Tengku Zafrul, there are 264,000 units of vehicles that were booked during the period which have yet to be completed their installation and cannot be supplied to the buyer.

This, added Tengku Zafrul, was due to a worldwide shortage of semiconductor microchips, which are widely used across several industries, including the automotive industry.

“The extension of this vehicle registration period is a mid-point solution to balance the interests of consumers and national tax revenue which needs to be re-enhanced post-pandemic to ensure the welfare of the people and the economic well-being of the country continues to be preserved,” he was quoted as saying.

The tax exemption for vehicles, including MPVs and SUVs, was first introduced on 15 June 2020.

Tengku Zaful said that a total of 868,422 units of vehicles have been sold during the period whereby citizens have benefited from sales tax exemption amounting to RM4.7bil.

“With the opening of the economic sector, the automotive sector has returned to full operations.

“However, there are a number of demands that cannot be met in the wake of disruptions to the global supply chain.”

Recently, several carmakers reported an increase in sales during this tax holiday period including the first national car maker Proton, as well as Perodua and Toyota.

Meanwhile, Perodua sales recorded a 5% increase in May this year compared to May 2021 while Toyota sales saw an increase of 10% in the same period.