The Padang Rengas MP believed that the project is feasible due to falling currency value and tourism can help the country. 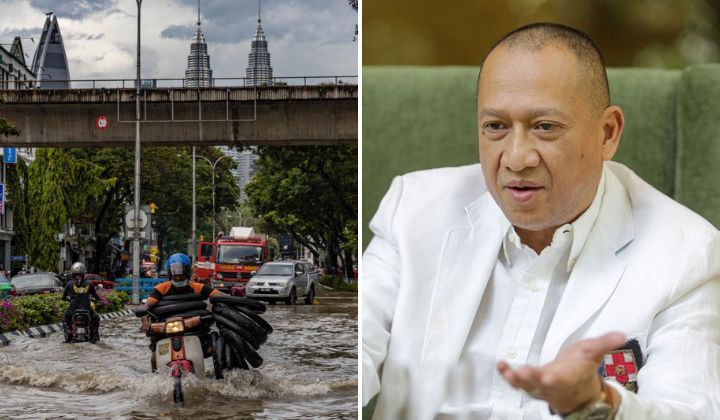 Nazri, the former Tourism, Arts and Culture Minister, suggested that the potential for annual floods in the country be turned into a tourism attraction, specifically a voluntourism or volunteer tourism.

According to Sinar Daily, he allegedly said that the flood is like a festival and the flood festival can be held during each monsoon season, citing the yearly floods in Kuala Krai, Kelantan.

If you know it is coming, then start planning now. Maybe we can have voluntary tourism where people come to the country to help us with the floods, and it is not about them coming here just to enjoy but for them to also learn.

He added that it’s time to promote tourism in the country when the value of the nation’s currency falls and it’s cheaper for foreign tourists to fly to Malaysia.

The Singaporeans will come because they spend only one-third of their salary and to them, our five or six star hotels are just so cheap.

Netizens didn’t find his idea funny and criticised Nazri for mentioning it. They couldn’t believe this was uttered by a minister and thought it was a satire piece online.

Netizens were in disbelief that he was ok with tourists gawking at destroyed homes.

They said the government should work on preventing another flood instead of making it into a tourist attraction.

They even suggested that ministers use some of their income to help flood victims instead.

This is not from a satire acc? https://t.co/QgNjQxjnqX

You kidding right. You want to promote someone's suffering and tragedy. And you will also expose your government poor governance. Huh!

Literally asking for tourists to gawk at people losing their homes and livelihoods in ever worsening floods https://t.co/Lq6HtTM64K

Why not you & all ministers donate the past 2 years of your salary to the people affected by flood & pandemic? I think that is more practical than US, THE PEOPLE have to sacrifice our swear, blood, & tears (again!) to help fellow citizens when you do nothing. https://t.co/YIB4fcot2j