Sultan Sharafuddin Idris Shah reiterated his stance not to restrict Muslims from the festival until an in-depth study was done to prove whether the festival is religious or cultural in nature. 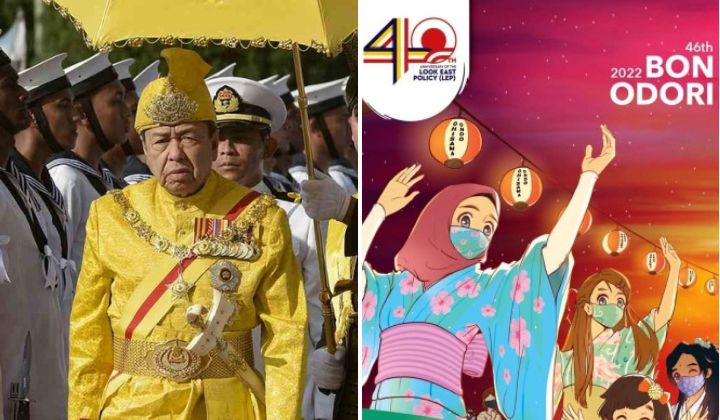 The Sultan of Selangor, Sultan Sharafuddin Idris Shah said that Selangor PAS Commissioner Datuk Ahmad Yunus Hairi’s statement after he was summoned for an audience to discuss matters related to Bon Odori was inaccurate.

His Majesty’s private secretary Datuk Mohamad Munir Bani referred to the part where Roslan said “His Majesty wanted to know our stance on the Bon Odori celebration. His Majesty gave his views and we also conveyed to His Majesty that we respect His Majesty’s stand,” and clarified that this was not what happened during the audience.

Mohamad Munir said in a statement that His Majesty only reiterated his stance not to restrict any Muslims from attending the Japanese cultural festival Bon Odori until an in-depth study was done on the festival whether it was religious or cultural in nature to avoid confusion among the community, especially the Muslim community.

Prior to this, PAS urged Muslims not to attend the Bon Odori festival while the Sultan of Selangor said the festival will go on. His Majesty also advised JAIS and Shah Alam City Council (MBSA) officers to attend the event themselves.

PAS later urged Muslims not to attend the Japanese festival again despite the Sultan of Selangor’s decree.

Bon Odori Will Go On, Says Sultan Selangor To JAIS