The stadium was built in the ‘90s and had not been assessed structurally for many years. 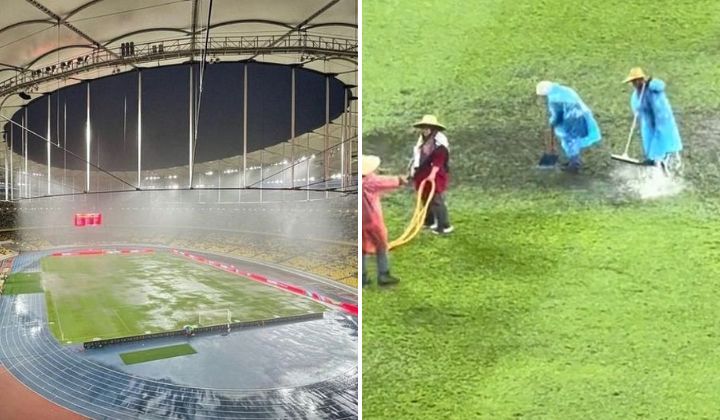 After the latest waterlogged episode at the Bukit Jalil National Stadium, the Youth and Sports Ministry has decided to carry out a thorough inspection, including a structural assessment before taking further action.

According to Free Malaysia Today, Youth and Sports Minister Ahmad Faizal Azumu has instructed Malaysia Stadium Corporation (PSM) to appoint a company to carry out the inspection of the stadium including the other facilities on-site such as the toilets.

The stadium was built in the ‘90s for the 1998 Commonwealth Games but had not been structurally assessed for a long time.

The thorough structural forensics inspection and assessment will inform the ministry whether the stadium is still strong and what needs to be done to maintain it.

Once the evaluation report is received, the PSM board of directors will determine the facilities that need to be improved before the matter is submitted to the finance ministry.

During the evaluation and upgrading works, Faizal said the stadium wouldn’t be completely closed to make accommodation for already booked events.

Facilities such as the track can still be used depending on the condition and progress of the repair works.

We are in discussions with some organisers (who have made bookings). For example, the re-turfing is not starting tomorrow, so if you want to hold a concert, you can.

During the Asian Cup qualifiers last week, the field at Bukit Jalil National Stadium was waterlogged before the start of the match due to heavy rain.

A small group of workers were tasked to painstakingly drain the field using a hose, a broom and a dustpan, drawing ridicule and criticism from the public.

Due to the poor condition of the field, the Asian Football Confederation (AFC) decided that the stadium was unfit to hold future Asian-level football matches until the pitch is improved.

READ MORE: Bukit Jalil Stadium May Be ‘Banned’ By AFC After Waterlogged Malaysia Vs Bahrain Match