CCTV showed him walking out of the neighbourhood around 4am on 16 June. 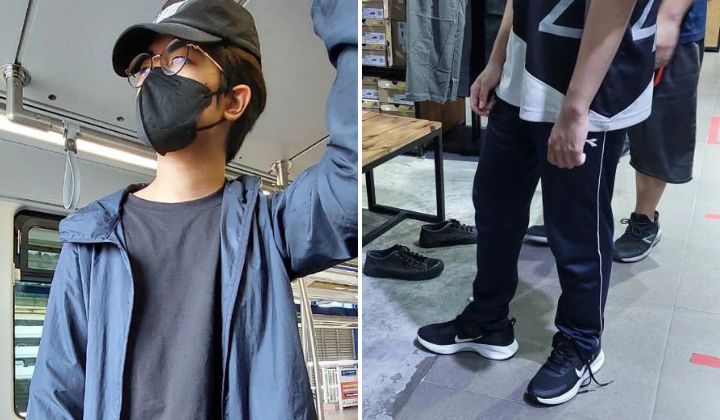 New Straits Times reported that 16-year-old Ali Imran Naseruddin has gone missing from his home in Bandar Bukit Puchong 2 around 4am on 16 June.

His distraught mother Wan Esuriyanti Wan Ahmad has appealed the public to help keep an eye out for her son, who’s the youngest of two siblings.

Ali, a student of SMK USJ 4, was discovered missing from his room around 5.30am when Wan Esuriyanti went to his room to wake him up for school.

Wan Esuriyanti said she last saw Ali when she tucked him into bed at about 11pm after their nightly chat. Ali would massage her feet daily before they call it a night.

I kissed his forehead and we said we love each other. I said a prayer for him and asked him to sleep as he has to wake up early for school. I said I will wake him up at about 5.30am. He said ‘Okay mama. I will see you when I see you.’

A CCTV recording from the security guardhouse showed Ali walking out of the neighbourhood at 4am.

He had spectacles on and wore his favourite blue windbreaker, T-shirt, jeans, shows and a cap. He also has a small navy-blue bag with him and was on his own.

He has been declared a missing person after 24 hours had passed and the police have distributed his images at petrol stations and surau as of 2.40am on 17 June.

Wan Esuriyanti said Ali has been unreachable because his phone has been switched off. Ali also disabled the location feature on his phone to save battery.

I have been sending him texts via short messaging system telling him that we love him, calling him ‘anak mama’ and his name. I ask for everyone to pray for his safety and to keep a lookout for him. Do not judge him. He is a good boy. That is all I ask.