MRT Corp said that it also extended invitations to other community leaders to experience the ride. 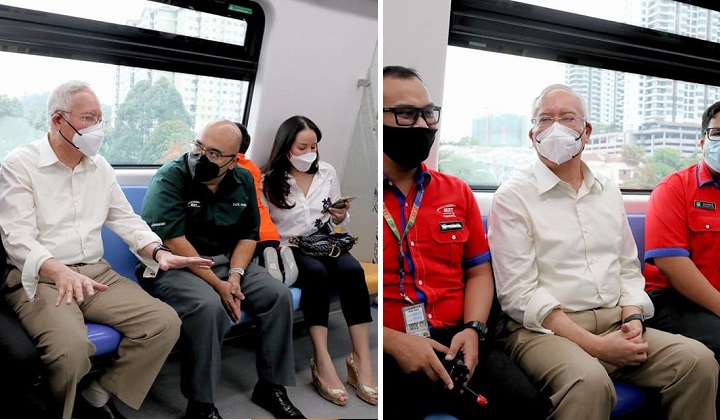 Former premier Datuk Seri Najib Razak was invited to experience the ride on Phase One of the Putrajaya MRT line yesterday due to his “love for trains”, reports Berita Harian.

MRT Corp CEO Datuk Mohd Zarif Hashim said the company extended the invitation to Najib after learning of his tweet regarding the Putrajaya MRT line project.

“In his tweet, he stated his interest to board the train so we replied to his tweet and invited him on the train,” Zarif was quoted by the Malay daily.

He however refused to comment on the backlash MRT Corp received after inviting Najib to board the train yesterday.

“In fact, we have also extended the same invitation to community leaders to experience the ride,” added Zarif.

“I did not want to comment on why MRT invited him. I just launch it today and the invite is MRT’s right,” he said.

Yesterday, Najib posted on Facebook about his experience riding the new Putrajaya MRT.

At press time, the posting had received 2.4 thousand likes, and in the comment section, most Facebook users thanked Najib for his effort in improving the public transport system during his tenure as prime minister.