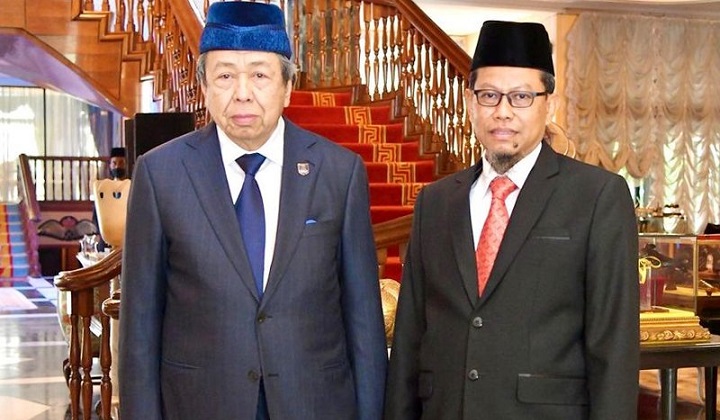 According to Roslan, Sultan Sharafuddin asked Ahmad Yunus regarding the Islamic party’s stand on the Bon Odori festival during the one-hour meeting, during which the Selangor sultan also gave his views.

Roslan said that PAS respected his stance with regards to today’s festival held at the Shah Alam Sports Complex.

“We told Tuanku our position and most importantly, we told him that we are, all the way, supportive of the palace’s role in uniting the rakyat.

“We have no problems with each other,” Roslan was quoted as saying by the New Straits Times.

Ahmad Yunus had on 10 June urged the Selangor state government to prohibit Muslims from participating in the Bon Odori festival.

This came after Minister in the Prime Minister’s Department (Religious Affairs) Datuk Idris Ahmad had advised Muslims against participating in the festival as a study conducted by the Malaysian Islamic Development Department (Jakim) found that the festival contained elements of other religions.

Roslan however said that the statement by Idris, who is also a Pas vice-president, was merely advice for Muslims not to attend the festival.

“It was not calling for the festival to be cancelled,” he added.

Last week, Sultan Sharafuddin suggested for Idris as well as the Selangor Islamic Religious Department (Jais) and Shah Alam City Council officials to attend the festival to understand the difference between religion and culture.

Sultan Sharafuddin also said that he had attended the festival in 2016 accompanied by the Japanese Ambassador to Malaysia, adding it did not involve religious ceremonies or rituals that could change the faith of those who attend the festival.

Bon Odori Will Go On, Says Sultan Selangor To JAIS

Muslims Should Not Go To Bon Odori, Says Minister; Gets Flack From Literally Everyone