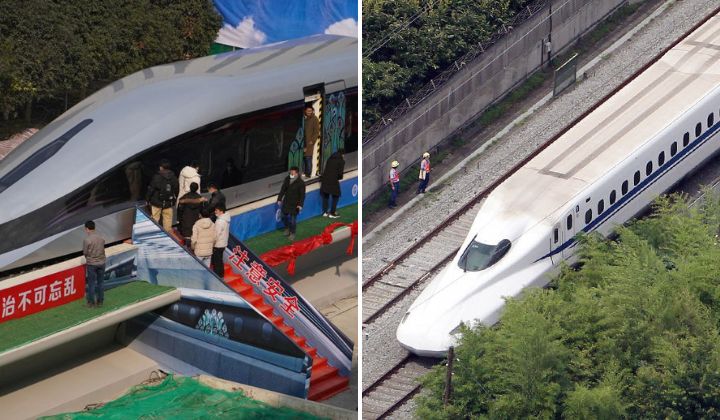 Transport Minister Dr Wee Ka Siong shared on Facebook on 13 June that he has been advised by EP Korea Railway managing director Yoo Jai Tark, who was part of the contingent of major South Korean industry players.

Wee also said there would be talks held between the Transport Ministry and the Ministry of Federal Territories to develop the maglev network and integrate it with existing rail and public transport services in Putrajaya.

Benefits of a maglev train

A maglev train uses magnetic levitation to lift the train off the track surface and propel the train forwards.

With less moving parts and rolling friction as compared to the traditional rail system, the maglev tech helps to lower maintenance costs and potentially leads to better energy efficiency at higher speeds. It’ll also help the trains to move quieter than traditional trains.

Back in 2016, New Straits Times reported that there were proposed plans to build a maglev train service in Johor Bahru.

While the benefits are enormous, the high construction costs and technological complexity stopped many countries from implementing it.

So far, only South Korea, Japan and China have maglev train systems. Based on a 2021 report by Free Malaysia Today, China is home to the fastest maglev train in the world and it’s capable of moving 600 km/h.