The fake circular stated that those who fail to attend the inspection will not be given their 2020 SPM slip. 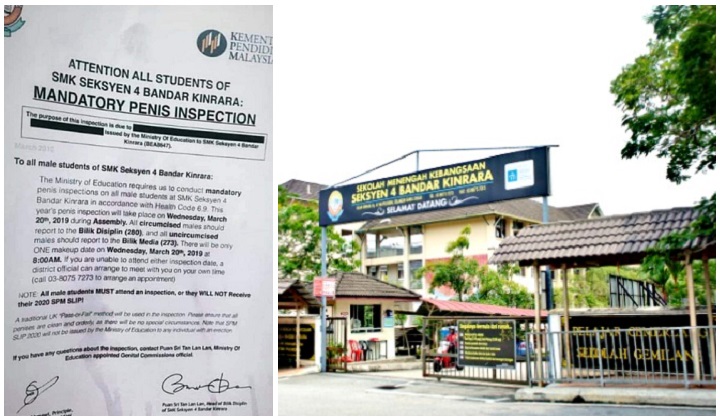 The school’s senior administrative assistant Muhammad Asri Heman said that the student has been suspended, adding that the circular is just a prank.

Muhammad Asri denied that the school or the education ministry had conducted such inspections.

“The student was suspended. Action has been taken against him,” he was quoted as saying.

Muhammad Asri is responding to a fake circular, bearing the school’s logo as well as the education ministry that instructed the form five students to attend a mandatory penis inspection at the school.

The circular, which was uploaded by the suspended student on his social media page, had since gone viral on social media.

The fake circular also stated that those who failed to attend the inspection will not be given their 2020 SPM slip issued by the Education Ministry.