Two netizens took everyone on a tour of the train stations during their commute to show the lack of maintenance. 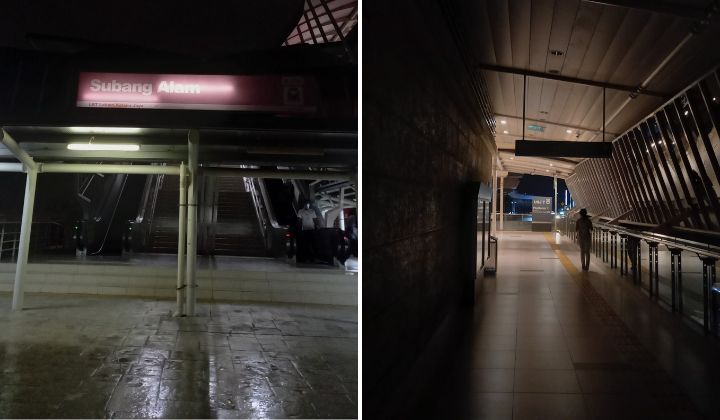 Recently, Muar Member of Parliament Syed Saddiq was blamed when the field in Bukit Jalil National Stadium was flooded and waterlogged during the 2023 Asian Cup qualifiers.

He explained in a video that Malaysia spends billions of ringgit to build infrastructure but doesn’t have maintenance culture.

To look for proof, all we need to do is to look at our aging and poorly maintained LRT stations.

Twitter user Hariz (@HarizRahim) took netizens on a tour around a dilapidated LRT KJ Line station to demonstrate the lack of maintenance culture in the nation.

The pictures shared by Hariz showed the level of deterioration around the station that some of us know fully well. It truly felt like a horror film set.

What’s sad is that the station is fairly new (less than 10 years old) and should be decently operable because it was an extension built under the 6th Prime Minister’s time in office.

At the LRT KJ line, Hariz found that:

Hariz said the focus should be on maintaining and improving the current infrastructures instead of building more expensive new ones.

Out-of-service lifts and escalators are prevalent too

Another prevalent problem that seems to plague LRT stations is the constant out-of-service escalators or lifts.

Twitter user Farahin (@farahin65) shared picture evidence of closed escalators and lifts at a few LRT stations during her commute. Some of the lifts and escalators allegedly have not been repaired for a long time.

She also claimed that the spoiled escalators at KLCC station have not been repaired because the responsibility has been bounced around between KLCC and Rapid KL management.

Currently, commuters have to use the stairs whether or not they’re able-bodied.

Here’s to hoping that the relevant authorities will buck up and maintain the current facilities well.

A mini thread featuring the fecked-up escalators and lifts I encountered during my little journey today, taken from my own IG stories.