The motorcyclist allegedly requested the driver to move his car but it didn’t go down well with the driver. 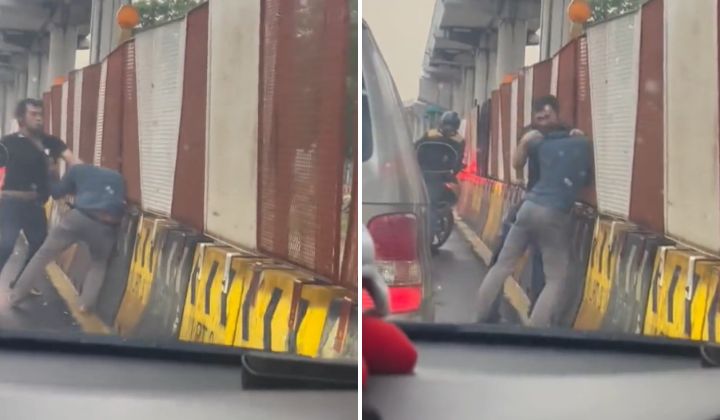 A video showing a motorcyclist and a car driver getting into a fight at Jalan Glenmarie, Shah Alam, has gone viral.

A man, believed to be the driver, could be seen pummelling and tossing a motorcyclist onto the ground before they were both separated by onlookers.

However, that didn’t go down well with the driver and it lead to a physical faceoff on the congested road.

It’s not made known whether the motorcyclist asked the driver politely but netizens said it still didn’t warrant a physical assault.

Another motorist on the road managed to capture the video on the phone and shared the video online so that they could track down the motorcyclist in case he needed the video evidence.

Netizens who frequently ride motorcycles explained that the situation wasn’t about an entitled motorist asking cars to give way.

They explained that sometimes it’s hard for motorists to pass in between vehicles on the narrow road because some cars stop right on the dotted line.

Motorists added that they don’t need a huge space but just a big enough gap to pass through and be on the way.

Netizens also criticised the driver for starting the fight. They believe the fight was unnecessary and the driver could have just moved the car a little without issues since he was shaded from the drizzle, unlike the motorist.