The decision was made as the family wants to move forward and does not want to prolong the matter further. 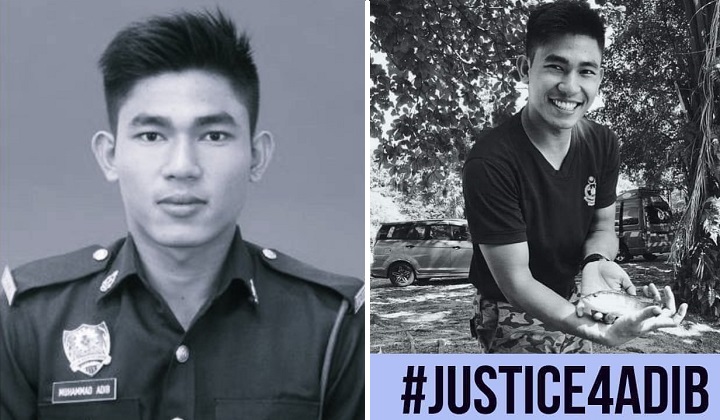 The family of the late firefighter Muhammad Adib Mohd Kassim has decided not to continue legal action and commit former attorney-general Tan Sri Tommy Thomas for contempt of the court.

The family also decided to drop their legal action against the Attorney-General Chambers, reported Berita Harian.

In a statement issued today, Law firm Messrs Mohd Zubir Embong and Associates, who represented Adib’s father Mohd Kassim Abdul Hamid, said that the decision was made as the deceased’s family does not want to prolong the matter further.

The family however insist that the withdrawal did not change the fact that Shah Alam Coroner’s Court funding that Muhammad Adib’s death resulted from a criminal act.

They also said that the police should continue their investigation to find out who caused Muhammad Adib’s death.

Muhammad Adib’s family also hoped that the community would accept it, thus enabling them to start fresh.

The withdrawal was filed at the Federal Court on 31 May.

“Therefore, the family of the late Muhammad Adib considers the process and proceedings of contempt of Court against Tommy Thomas and the Attorney-General’s Chambers to be completed and ends here,” the statement reads.

Muhammad Adib passed away on 17 December 2018 at the National Heart Institute due to severe injuries sustained in a riot at the Sri Maha Mariamman Temple, USJ 25, Subang Jaya on 27 November of the same year.

On 27 September 2019, the Coroner’s Court ruled that Muhammad Adib’s death was due to criminal acts committed by more than two or three unknown individuals.

“No, We’re Not Demolishing The Temple” Viral Riot In Cheras Was Caused By Misunderstanding