Kelantan Deputy Menteri Besat Datuk Mohd Amar Nik Abdullah said logging is not a big issue because it has been happening for some time. 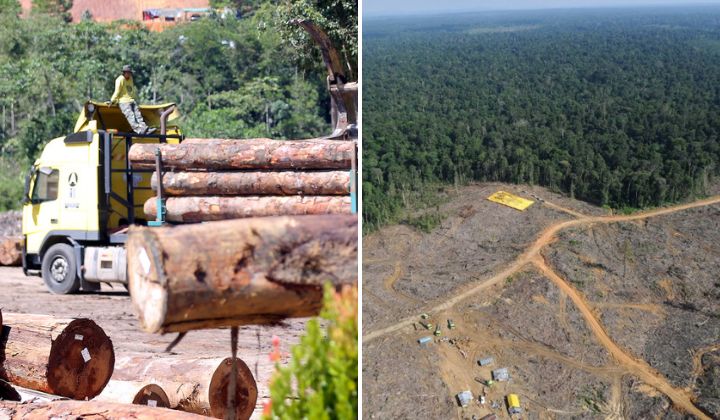 On 7 June, the Orang Asli community in Kelantan protested the building of the Nenggiri hydroelectric dam project that would destroy their ancestral lands and the protected forests.

The RM5 billion hydro dam would flood many Orang Asli kampung and the forests, and as a result, displaces many families from their homes.

In fact, he said that logging has long been contributing to the state’s income revenue.

Although logging is permitted, it must be done within the laws and not above the yearly logging quota that’s set by the state government. The company carrying out the logging activities need to follow the regulations approved by Penilaian Impak Alam Sekitar (EIA).

Mohd Amar also said that the logging issue is not a big deal because it’s an old story.

However, he added that the state government doesn’t deny that there have been log thefts in Kelantan but assured the public that theft cases will be investigated by the Forestry Department. He said log thefts happen in other states too.

When there’s log theft, the Menteri Besar or the state government shouldn’t be blamed. As an example, we don’t blame the father when a child steals because the one stealing is the child. That’s the same when it comes to the issue of log theft.

Save Kelantan president Datuk Husma Musa said a former state EXCO has allegedly revealed that compartment 26 in the Nenggiri permanent forest reserve has been classified as a virgin jungle reserve.

However, a state government company Daulah Najah Sdn Bhd was given the approval to carry out logging activities there.

He also claimed there was a log theft at the compartment next to it, compartment 25, causing an approximate loss of RM5 million.

The Forestry Department has allegedly confiscated the felled trees in compartment 25 for investigations.