The minister also clarified that the fans’ support is not only important but also appreciated. 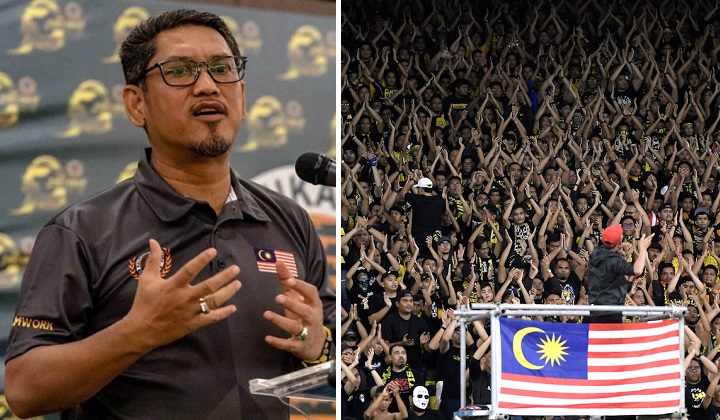 Youth and Sports Minister Datuk Seri Ahmad Faizal Azumu has apologised for his remarks suggesting that loud cheers from the fans led to the national football team conceding a goal to Bahrain in the recent AFC Asian Cup 2023 Qualifiers.

Taking it to Twitter, the Tambun MP acknowledge the importance of the fans supporting the national team, adding that his comment on the matter was “misunderstood”.

Ahmad Faizal was commenting on his remarks suggesting that the loud cheers from more than 63,000 supporters inside the Bukit Jalil National Stadium had caused the national players to lose focus.

“As far as I remember, as soon as the first goal was scored there are some players besides the field getting ready to be brought on, including Guilherme De Paula, which caused the whole stadium to cheer.

“At the time, the whole stadium cheered and right after that cheer, we conceded a goal,”

“So if you want to blame the (defeat) 100% on the players, I don’t think (that it’s fair) also. In fact, we as spectators too contributed to the player’s losing focus.”

“If I was on the field at that time, when people suddenly shouted (cheered), my focus too disappeared a bit,” he was quoted as saying by Utusan Malaysia.

In the report, Faizal was defending the national goalkeeper and skipper Farizal Marlias who was blamed by fans for giving away a penalty in the late stage of the game.

Malaysia lost the game 1-2 to Bahrain despite taking a lead early in the second half.

Fans ridiculed Faizal’s take on the matter and some netizens even suggested for the youth and sports minister to stop commenting on subjects that he is not knowledgeable about.

Fitting that Twitter decided to categorize this as a funny twit. But sad that this is from The Sports Minister and a member of Malaysian government . How far we have fallen https://t.co/gblSUOZ7cj