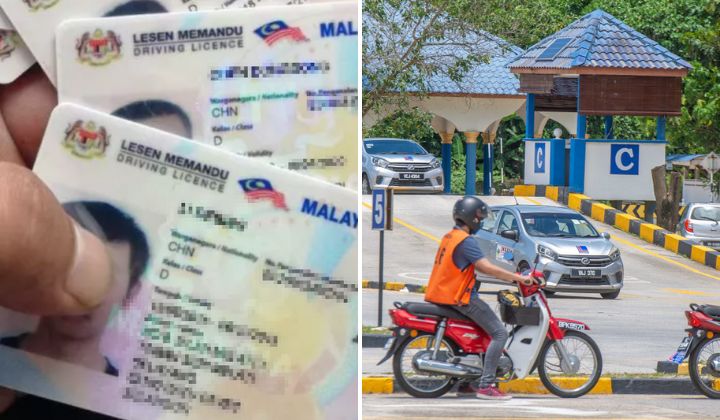 The Road Transport Department (JPJ) said those holding expired driving licenses might have them revoked if they don’t renew them by the month-end.

The Sun reported that JPJ listed four driving license classes which may face revocation if the license has expired for 1 to 3 years.

The driving license classes involved are:

People holding an expired driving license have until 30 June to renew their license. After that date, they can be fined for not possessing a valid driving license if they are found behind the wheel.

Anyone who has their license revoked will be required to undergo the entire process of obtaining their driving license again.

Previously, the Transport Ministry issued a moratorium that allowed the renewal of driving licenses to be delayed until 31 December 2021 and enabled motorists to drive with expired licenses during the pandemic lockdown.

However, the record checks showed that hundreds of thousands of driving license holders have yet to renew their licenses despite being past the 31 December deadline.

Many motorists told JPJ personnel that they were under the impression that the moratorium was still in effect.

Nevertheless, they were not let off the hook and were issued a summons by the JPJ.

Anyone caught driving with an expired license after 30 June will be issued a summons for driving without a license.

You can renew your driving license online

If you don’t have the time to queue at JPJ offices, you can renew your driving license online via Lesen2u or MyEG.

The renewed license can be delivered right to your doorstep.

READ MORE: You Can Renew Your Driving License Online, Beat The Queue At JPJ Offices