PAS urge Muslims again not to attend Bon Odori in case it sways their faith. 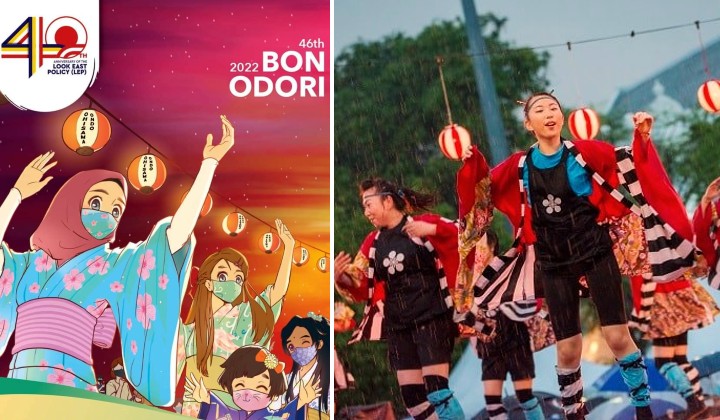 Despite the royal decree, PAS continues to call on Muslims to stay away from the Bon Odori Festival due to concerns of “religious elements” that could sway people’s faith.

The Star reported that both the PAS Ulama Council and its women’s wing issued statements on Thursday, 9 June, to urge Muslims again not to participate in the festival.

This is in line with statements issued by the Minister in the Prime Minister’s Department (Religious Affairs), muftis and religious experts. Their positions are based on public interest so that people do not fall into traps that could lead to a violation of aqidah (faith). The reasoning that this is a Japanese cultural event is not merit enough for it to be considered together.

PAS believe the festival still contains elements of Buddhist religious rituals. PAS women’s wing believe that Bon Odori is a festival to honour ancestral spirits in which Japanese people return to their hometowns and clean the graves of their ancestors.

He believes a new name or an additional name, in addition to Bon Odori, will avoid confusion with the original festival that has elements of syirik (polytheism) and khurafat (superstition).

In a Facebook post today, 10 June, he suggested alternative names such as the Japanese Cultural Festival or the Japanese society.

How did the conversation start?

PAS first cautioned Muslims to not attend the Japanese cultural festival on Monday, 6 June. The festival is to be held at the Shah Alam Sports Complex on 16 July.

In response, the Sultan of Selangor Sultan Sharafuddin Idris Shah has decreed that Bon Odori will proceed as planned, citing that he had attended the event himself a few years ago and found no elements that could erode Muslim beliefs.

The Sultan also reminded officers from JAIS and the Shah Alam City Council (MBSA) that they must take into consideration the diversity and beliefs of the state’s residents.

The Malay Mail reported that the Sultan encouraged the minister in the Prime Minister’s Department (Religious Affairs) to attend the event and learn to tell the difference between religion and culture.

The Bon Odori Festival has been held for decades in Malaysia in line with the nation’s Look East policy to create a platform of goodwill between Malaysians and many Japanese businesses that had heavily invested in Selangor.