Abdul Hamid Bador however admitted that he too had experience running a vegetable stall in the market after his retirement. 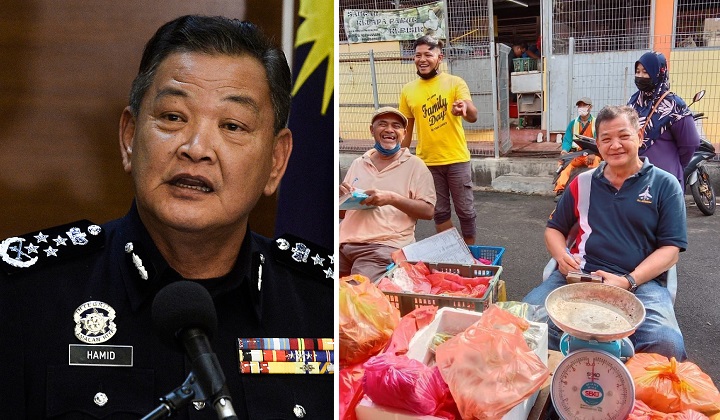 Former Inspector-General of Police (IGP) Tan Sri Abdul Hamid Bador said that the photo purportedly showing him selling vegetables in the market was taken a while back when he was visiting a friend’s stall.

The former top cop said that the photo was taken by a passer-by who spotted him sitting at the vegetable vendor stall, The Star reported.

“My friend sells vegetables, meat and fish at his stall. He previously sold vegetables from my farm as well,” he was quoted by the English daily.

Abdul Hamid however admitted that he also has experience selling vegetables which he grew on his farm after retiring from the force.

The picture of him visiting his friend re-emerged after a Twitter user uploaded the picture on the platform.

“Ex-IGP selling vegetables he farmed in the street market. Would others be as brave? He is not ashamed at all. Salute to you,” he wrote.

The tweet had since been retweeted more than 2,000 times by press time.

Upon learning Abdul Hamid’s clarification, the Twitter user @MohamadYusofBi6 said that the first impression that he got from the photo was that the former IGP was selling vegetables as it is widely known that Abdul Hamid owns a farm.