The police have opened an investigation paper under Section 9 of the Peaceful Assembly Act following yesterday’s rally held by army veterans. 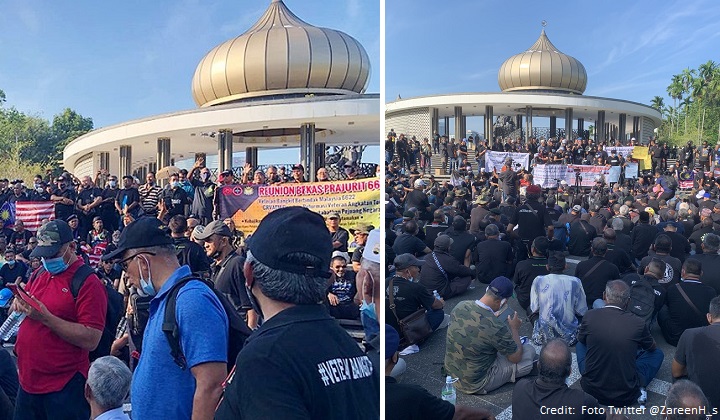 Six individuals had been summoned by the police with regards to yesterday’s peaceful demonstration held by army veterans at Tugu Negara (National Monument) in Kuala Lumpur, Free Malaysia Today reported.

According to the report, all six individuals had their statements recorded by the police.

“An investigation paper has been opened under Section 9 of the Peaceful Assembly Act,” Dang Wangi district police chief Noor Dellhan Yahaya was quoted by the new portal.

Section 9 of the Act states that organisers are required to notify the relevant district police chiefs at least 10 days before an assembly is held. Those that failed to do so can be fine not more than RM10,000.

The report further added that the police are also tracking several other individuals who attended yesterday’s rally.

Around 500 army veterans rallied in front of the National Monument in Kuala Lumpur yesterday demanding a review of the armed forces’ pension scheme.

The group also called for the government to grant pensions to those who served in the army for less than 21 years and for those that were dismissed for disciplinary misconduct to be granted amnesty in order for them to enjoy veteran privileges and receive their pension.

The group claimed that about 330,000 veterans were deprived of their rights, with some 135,000 of them not eligible for pension payments.

READ MORE: [Watch] “If They Can’t Take Care Of Us, Step Down” Veterans Rallied At Tugu Negara Urging For Pension Review

[Watch] “If They Can’t Take Care Of Us, Step Down” Veterans Rallied At Tugu Negara Urging For Pension Review