The traffic congestion is expected to last until midnight. 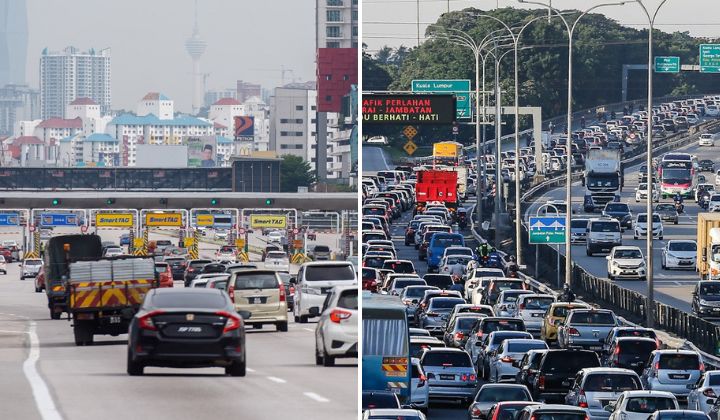 Expect a lot of cars on the road over the long weekend because it’s the start of the school term holidays too.

For Southbound routes, major congestion was reported from:

The spokesman added that traffic on the Kuala Lumpur-Karak highway was choked from Genting Sempah to Bukit Tinggi, and before the Gombak toll plaza heading to Kuantan.

The congestion was expected to last until midnight. The traffic for north, south and east coast routes is also expected to be congested from 9.30am to late evening.

On 6 June, the gridlock is predicted in the north, south and eastern routes towards Kuala Lumpur city centre. The forecast is based on traffic congestion trends during holidays.

For more traffic info, head over to LLM Trafik’s Twitter.