The 38-year-old suffered from a seizure twice which caused the subsequent crashes involving 9 vehicles. 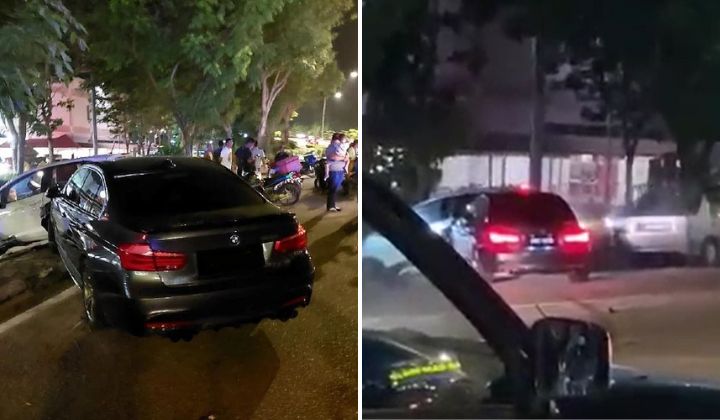 A BMW car driver who suffered from a seizure crashed into nine other vehicles at a traffic light in Jalan Tun Abdul Razak, Ayer Keroh, around 9.14pm last night (3 June).

New Straits Times reported that the victims were all waiting at the traffic intersection at Taman Chiptaco in front of a supermarket.

While waiting for the lights to turn green, the 38-year-old driver allegedly suffered a seizure which inadvertently caused him to step on the gas pedal.

The car skidded and collided with the other vehicles in front of him. Unfortunately, the driver suffered another seizure and caused a second crash.

All the victims, including the woman driver of a Perodua Kenari who suffered a broken nose, were treated at the Melaka Hospital.

The case is being investigated under Section 43(1) of the Road Transport Act 1987.

Overturned Lorry Carrying Metal Rods In Kelantan Killed A Woman, Injured A Baby And 4 Others