The ban has been enforced before but it was disregarded by heavy vehicle drivers when the nation entered the endemic phase. 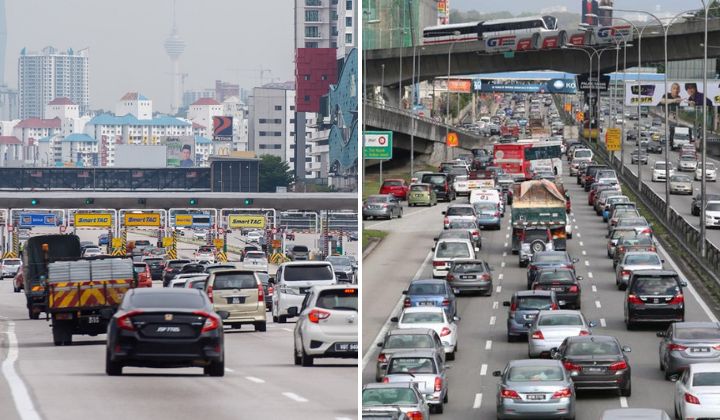 It’s true that there are more vehicles than usual in the city these days. People have reported that they can take almost more than an hour to reach their destinations and some might take even longer.

To manage the heavy traffic, the Road Transport Department (JPJ) has prohibited all company operators or drivers of goods vehicles involving heavy vehicles with laden weight (BDM) exceeding 7,500kg from entering the main roads into the city centre.

These vehicles are prohibited from entering the main roads into the city centre from 6.30am to 9.30am and 4.30pm to 7.30pm every day.

The Malay Mail reported that the prohibition follows an observation by JPJ that showed the entry of heavy vehicles into the city during peak hours (morning and evening) contributed to the traffic congestion in the Klang Valley.

Roads that are gazetted with travel restrictions of at least five kilometres from the city centre, starting from the entrance to the city centre will be marked by placing a special signboard with the time stamp prohibiting heavy vehicles from entering the city centre.

The Road Transport Department (JPJ) said in a statement.

Among the roads gazetted with restrictions in the mornings and evenings for good vehicles include:

Roads gazetted with time restrictions in the evenings include:

Face the law if you disregard the rules

In addition, JPJ clarified that the ban on goods vehicles entering the main roads in the federal capital has been enforced for a long time.

However, heavy vehicle drivers are disregarding the rule since entering the transition to the endemic phase and this caused a visible increase in the number of vehicles on the road.

Those who disregard the rules can be compounded not more than RM300 or charged in court and face a fine of not less than RM300 and not exceeding RM2,000.

[Watch] Rapper Caprice Gives RM10k Worth Of Petrol For Free, It Caused A Traffic Congestion

Upset Stomach While Stuck In Jam? Here Are 5 Things You Can Do For Instant Relief