The high-capacity groundwater storage tunnel will store the floodwater before releasing it into rivers during low tides. 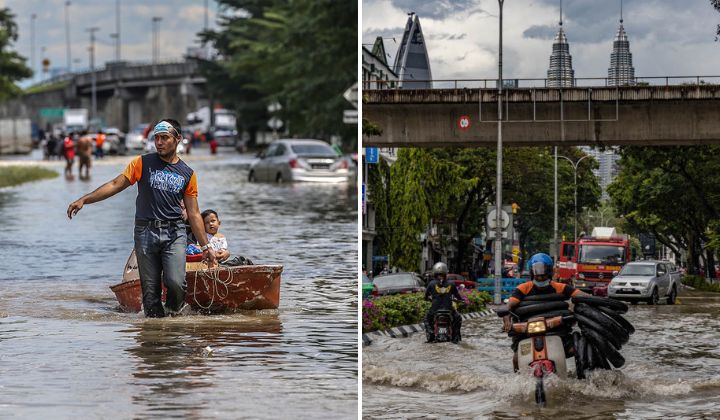 Kuala Lumpur has experienced a few flash floods recently whenever there’s heavy and non-stop rain. The flash floods could destroy homes, and vehicles, and even take lives.

In order to overcome the issue of flash floods in the nation’s capital, Kuala Lumpur City Hall (DBKL) is cooperating with the Department of Irrigation and Drainage (DID) to build a high-capacity groundwater storage tunnel.

According to New Straits Times, Federal Territories Minister Datuk Seri Dr Shahidan Kassim said this was one of the long-term solutions that will take 3 to 5 years to complete.

Due to the long timeline, DBKL will carry out a feasibility study on the location and specification of the groundwater storage tunnel that will be completed within three months.

The function of the tunnel is to hold flood water before releasing it into the river during low tide. Major cities such as Tokyo and Itabashi in Japan have built similar tunnels under their roads.

However, what we have found is that our roads are narrow. So, some have suggested that we build it 120 feet below the river.

Shahidan added that DBKL would appoint a consultant soon regarding this issue after holding talks with DID.

For the time being, DBKL would build flood walls immediately in all areas where rivers are likely to overflow.

The main cause of flash floods in the capital was rivers overflowing which will then overwhelm the drainage system, preventing waters from being channelled smoothly into rivers.

Additionally, DBKL will carry out works to desilt reservoirs and rivers to maximise their usage capacity.

Shahidan said that DBKL has put sandbags in areas affected by river overflows, besides placing mobile water pumps as a temporary measure.

He also reminded the public to cooperate and not to litter in public, especially in the drainage system.

We also welcome city folk to provide feedback and suggestions to DBKL because our aim is to fully resolve this problem.